Friday, Netflix dropped the six and final season of it’s highly-anticipated series, Lucifer. In the series, D.B. Woodside stars as the angel Amenadiel, Lucifer (Tom Ellis)’s brother. The eldest of the siblings, Amenadiel originally came to Los Angeles to bring Lucifer back to Hell, but after that failed, he, like his brother, made a life for himself on Earth.

However, at the end of last season, it was decided among the celestials that Lucifer would become the new God after their Father left, but this season, after Lucifer decided that it wasn’t to be, his brother stepped up.

Woodside recently talked to Jamie Ruby in an exclusive interview for SciFi Vision about how he wasn’t surprised his character would become God, how he felt about the ending, always wanting to direct, singing on the series, and more. 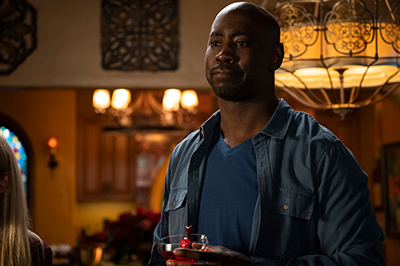 SCIFI VISION:   So, I wanted to first ask you if you could talk about doing the musical episode last season and your singing and dancing, because it seems like it'd be a lot of fun but also would be kind of nerve wracking, at least to me it would be.

D.B. WOODSIDE:   It was a bit nerve wracking, but something that I think we were all excited to do, just to kind of mix it up and throw something different in the cannon. It was great. I really enjoyed it. I wish we had done one more for the final season, but I think it was just too short, and with the all the COVID restrictions, there was just no way that we were going to be able to make that happen, but I had a blast. It was so much fun to be able to do that number with Rachael [Harris].

So, I don't know if you can think of this on the fly, but hopefully you can. What do you think Amenadiel’s theme song would be if he had one?

We can come back.

That's a great question. Yeah, let me let me think about that.

So, what was your reaction when you found out that Amenadiel was going to become God?

It wasn't surprising to me. I mean, quite honestly, and I don't mean this in a in an arrogant way, [but] I think if he hadn't become God, I think people would have been disappointed. I think he's grown a lot, and I think it's set up from the very beginning that the rightful celestial, the one that everyone was expecting to become God, was Amenadiel, firstborn, favorite son, most loyal child…I kind of feel like becoming God was like a family business, if we can imagine that. It's a family business, and Amenadiel has been groomed for this family business since the day he was born. I think that, like with most family businesses, he grew up in it and decided he wanted to do something different. He didn't want to follow in the footsteps of his dad, and I think that the more that he tried to do something different, the more he realized [it], because Amenadiel really wants to make an impact. He really wants to change people's lives. He really wants to help people, and I think, in the end, he came around to realize that the best way that he could help people was by joining a family business. That doesn't mean that he has to run the family business exactly like his dad did, but he can run the family business the way that he thinks is best. I think once he made that connection, everything changed for him, and it opened him up in a way that we haven't seen. I think Lucifer would have been a decent God, but I don't think that was ever his passion. So, I think it was probably best left for the other son to run the family business. 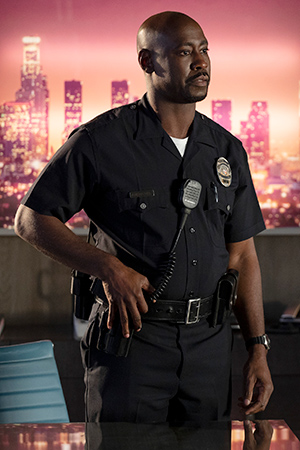 So, I take it then you were satisfied and happy with the ending. I especially loved his reaction to Charlie's wings at the very end.

Oh, yeah. I mean, yes, I thought that everyone got a nice ending, and I'm going to be curious to see what the fans say and think, but I thought that the writers did a fantastic job. I mean, I thought they really brought this show home.

I think so too. So, was there anything that you were either given or took from the set as a memory for the show?

No, I tend not to do that. I don't really know why that is. I think, for me, I give so much to these shows that when they're over to kind of take something feels like I'm not moving on. It almost feels like I'm holding onto something, and I think I just have [an] unspoken philosophy that I just try to be present wherever I am every day. Then, once that moment has passed, I think I take some time to reflect and to really think about the things that I enjoyed, think about the things that were challenging, think about the people that have impacted my life during the time that I was working on that job, and most importantly, what lessons have I learned? What have these amazing human beings that I've been around for six seasons taught me? Then, I try and take those lessons into my personal life and move on to the next job as well, trying to remain open for all the new lessons that a new group of people and a new job will teach me.

That was actually one thing I was curious about is what have you learned? What's the one thing that kind of sticks out to you that you've learned about yourself after being on the show for six years?

With this particular show, I think what I've learned more than anything is that I probably need to hustle more as an artist to get to do the things that I want to do. Meaning, I love directing so much, and it's something that I've loved for over twenty years, but I was waiting for it to come to me, as opposed to me going after it. I think at the time when I was coming along in the business, that's how it was, or at least that's how it appeared to be to me, that if you stayed in the game long enough as an actor, that people would naturally want you to transition into the field of directing, because they know you. They feel comfortable with you; they know that you've been in this profession; you're not just someone that's flying through. I've worked very hard to have a good reputation to be a hard worker, but what I think that I've learned, especially from this show, is it's not that those things aren't enough, it's just that those things aren't necessarily on people's radar the way that I thought that they were and that you have to hustle. You have to fight for every inch in this business that you want. And I don't like to say that I learned that lesson too late, so I think I'll just say that I wish I had learned it earlier, but I'm glad that I learned it. That's what I'd like to focus on, and that is something that I will take with me for the rest of my life, is everything's a fight. Everything's a fight. As unfortunate as that is, it is what it is. Everything's a fight, so I'm prepared to fight now. I'm prepared to really go after those things that I'm good at and that I love. 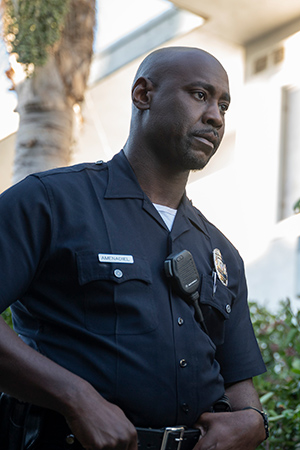 Well, hopefully we'll see more directing from you in the future then.

Yeah. God, there are so many; there really are so many. I have a memory of all of us in Vancouver when we were just this little show that no one knew about. We were all away way from our families, and there was just something really romantic and beautiful about that time, us living up in Vancouver. We were close to the crew. It really was a special time. It really was, and those two years up in Vancouver will be something that I cherish for a long time.

You know, I feel like when we got back to LA, everyone kind of fell back into their lives, and although we still saw each other on set and continued to get close, there was just something about all of us being away from home in a romantic, rainy city that kind of forced us all to get to know each other as people first. Whereas, I think when you're in LA, you get to know people as artists first, because you have your lives. Everyday, work is over; you're going home to your family, to your husband, your wife, your partner, your children, your stuff. When we were in Vancouver, we were all displaced, and there's something about that that can sometimes bring out the best in people and forge amazing connections. So, to answer your question, for me, it would definitely be the first two years, the first two seasons that we spent in beautiful Vancouver.

Well, I'll let you go, but did you by chance think of a theme song? If you didn’t, that’s okay.

A theme song for him. You know what? I like that “Happy” song by Pharrell [Williams].