Recently, Hulu released the new series, The Sister, based on the novel, Burial, by Neil Cross, who also wrote for the series.

The series follows Nathan (Russell Tovey), who is surprised by a man (Bertie Carvel) from his past when he shows up at his door one night. They are the only ones who know the truth about what happened on a horrible night years ago that led to the death of a young woman. However, that isn’t the only secret that if it comes to light could tear his marriage to Holly, played by Amrita Acharia, apart.

Cross and Acharia recently took part in a Hulu press junket, where they talked about working on the series with SciFi Vision, including how the idea for the show came to be, their thoughts on ghosts, and more.

Be sure to check out The Sister, now available on Hulu. You can also read the full transcript of the interview below the video.

SCIFI VISION:   Hey guys. So, I watched the whole thing in one night. It wasn't the plan, but I kind of plowed through it, because it was really good. I had to know what happened.

So, Neil, can you first talk a bit about kind of where the idea came from and how it went from book to TV? 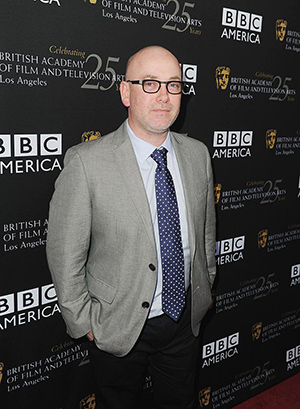 NEIL CROSS:   Well, the the first kind of very initial throb of the idea came from an experience I had when I was very young. I was fifteen or sixteen, and I used to spend a lot of time at my sister's house. My sister's older than me. She's married, and she lives on a great sprawling housing estate on the south, east edge of Bristol in the West Country in England. And I was going back to my sister's house one night very, very drunk, as I spent the first thirty years of my life, and I took a shortcut. There's a shortcut to my sister's house through the woods to a very creepy set of concrete steps.

I woke up the next morning, and I think we've all experienced at least once in our life, that feeling of waking up after drinking too much the night before, and you get a sudden kind of spurt of anxiety for something you did or said, some kind of ghost thing or cruel thing or idiotic thing or just being dull. And I had that surge, that kind of fountain of adrenaline, except it was attached to the fact that I remembered randomly killing a homeless person on the way home. I have to emphasize now –

NEIL CROSS:   It was a it was a dream of such profound realism that I was haunted for a long time by this niggle, this kind of an anxious niggle that perhaps I really had done it. I remembered it.

The days following this dream - this is before the internet; this is when the world was in black and white, and I was reading the newspapers and listening to the news on the radio. I was waiting for somebody to discover a body. I was terrified to go back down those creepy steps. Of course it never happened, and I've learned subsequently this is a characteristic of a slightly unusual form of OCD. It's a thing that happens to people called “pure o.” But yeah, that sense of how one uncharacteristic, monstrous, drunken, stoned act can profoundly alter the course of the rest of your life, how do you live with yourself? Sorry, that was a long answer to a simple question.

That’s okay. So, Amrita, was it hard playing three different timelines at once? Was it kind of complicated keeping it straight? How did you work with that? 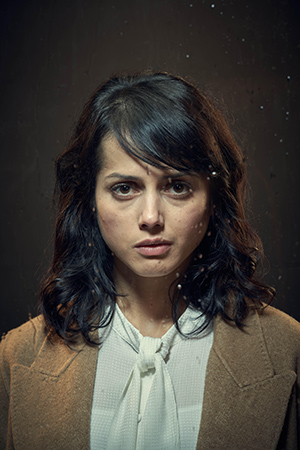 AMRITA ACHARIA:   No, I found it quite enjoyable, actually, because I'd read the book before, which gave a really great base anyway, in terms of sort of threading together the different stages of Holly's grief and storyline. In a sense, I found that the script is sort of split into three different chapters of her life anyway. So, she does very much feel like a different person with a different energy in each of those spaces. So, that wasn't too difficult.

I think on the days when we were obviously shooting different timelines on the same day, that could get quite strange, but also, because there was makeup and costume involved, it kind of reached you in that space as well.

So, it was a fun challenge, more than anything else, to be able to go through the different ages of Holly and the different spaces emotionally that she was in and the needs that she would have and how that changed during those times.

Okay. And, Neil, I was wondering after watching it; are you interested in EVP and ghosts and that kind of thing, and how do you feel about it, Amrita?

Amrita? How do you feel about that stuff?

AMRITA ACHARIA:   I think the world is a more fun place if it does exist, so I choose to hope that there are things out there, because it just makes - I don’t know, there’s something to discover isn't there? There's more to write about.
Twitter
BotonSocial por: SocialEmpresa
Category: Interviews