Exclusive: Mark Tierno On Filming "The Mercury Men" in Pittsburgh

Recently we at SciFi Vision brought you an exclusive interview with creator Christopher Preksta and stars Mark Tierno and Curt Wootton of The Mercury Men. That wasn't the end of our coverage.

After I realized that the web series was filmed not that far from my home town I knew that there was more I could do. Mark Tierno was nice enough to offer SciFi Vision a look around some of the places that they filmed at in Pittsburgh, Pennsylvania. 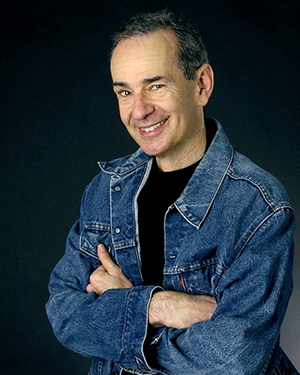 In The Mercury Men, Tierno plays the part of Edward Borman, the disgruntled office worker who must help save the planet from the men of Mercury.

Tierno also previously worked with Preksta and Wooton on Preksta's Captain Blasto, where he played the character of Michael Lee. He has also played a featured zombie in George Romero's Day of the Dead.

I met Tierno and we headed down to the Alco Parking Garage in downtown Pittsburgh, which is at the corner of Sixth and Penn Avenue. This is where a good bit of the series was shot, including the Gravity Engine scene. He talked to me about one of the scenes they filmed, which you can see in the video below. 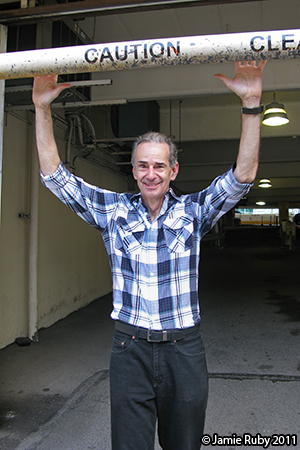 According to Tierno, they also filmed at office building north of Pittsburgh, in the Wexford area. Most of them were at "the former offices of Northway Community Church, but we also used the Conway Insurance Building. These were used for all the office scenes...The construction site was on the Northway Church grounds."

Tierno also said they were very greatful for the organizations for letting them film there.

To see more photos from the filming locations of The Mercury Men, please visit the Fandom Gallery.