At the beginning of the fourth season the characters are going to be split up, so Hal won't be spending all his time looking after his younger brothers, or hanging out with Maggie (Sarah Carter). Hal will be stepping up into more of a leadership role. "That's was an exciting new twist, because usually it's me looking after the brothers, a little conflict with Ben (Connor Jessup), loving moments with Maggie, but now I find myself in this prison camp ghetto, and we're trying to get out. So in the first several episodes, it's all about that and how we can team together to be able to make this push to get out of there, and we meet some new characters who enlighten us on some ideas. 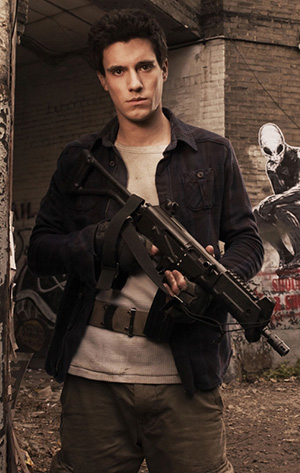 "But we really get to see Hal stepping up and growing even more as the leader. I mean, these are the qualities that Hal's always had, but this is going to be the first time that we see Hal actually leading crowds of people and making decisions, and having to deal with the consequences of what happens.

"And as an actor, you're literally standing in front of a crowd of people and having to deliver these lines and command them and to do what you're telling them to do, and it's both exhilarating and a little nerve-wracking, because you have to get up there and speak to a crowd. I'm not the kind of guy that likes to do public speaking. I'm all for acting; I can do a scene with a hundred stand-ins around and crew members and whatnot, but when I have to actually talk to people, I get a little nervous. But I think it actually turned out really nice and it should be fun to watch."

Hal being away from Maggie could cause some problems between the two. "Oh that Maggie girl, she's got eyes for another man these days.

"We end up with a little love triangle, and it's by a very unsuspecting character. When it was first pitched to me that I was going to be in a love triangle with Maggie, myself, and Ben, I really had the hardest time wrapping my mind around how that would even work. And I think that that might be the reaction of many people out there, but I will say, that because of the attention and the extra care that we took to make that story work, because it's not the easiest sell, we really had to dig in and finely tune different things. And we really ended up with a very interesting, complicated story that gets told that I'm quite proud of now, and it gets messy and ugly and heartfelt, and different people are going to sympathize with each of the characters in different moments, and even that impression could change from episode to episode, but I'm very excited to see what the response is going to be to that." 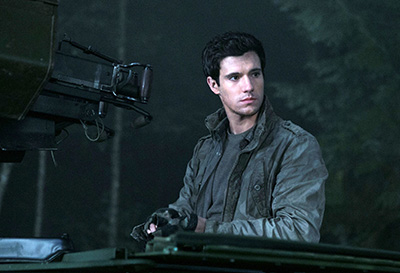 One of Roy's favorite episodes this season is dealing with Hal and Maggie. "There's an episode later on that's a big Hal and Maggie episode that really shows what those two - what their foundation is made of, and they have to go through some incredibly tough things together. And I'd say that's probably my favorite episode this season. There's also a good one in the fourth episode that gets to show the leadership side of Hal that was pretty exciting to shoot."

Some other great scenes this season are with Pope (Colin Cunningham). The actor had said in a previous interview that he wanted to partake in more scenes with the Cunningham, and this season he got to, even if the scene didn't end too well for Hal. "That was a fun little fight sequence, I mean; I was flipping over the car - that was all us. I like doing any of these physical things - driving a motorcycle, fight sequences; I love it. There will be some more interactions between Pope and Hal. It's actually in a way that I thoroughly enjoyed. The two of these characters just don't see eye to eye. They come at things completely different, but yet they're both able to get different things done, and throughout this season we see the two of them slowly start to recognize that. But it definitely comes to a heated moment at a particular episode, and just as I had hoped back in the second season when I had talked to you, now that it has come true, I really think it was a nice little arc between the two characters." 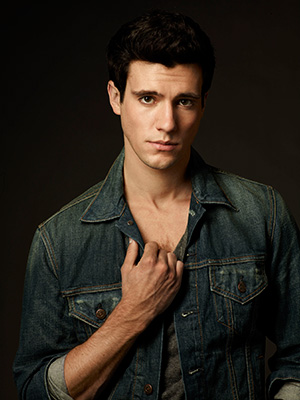 Roy also gets to work with Scarlett Byrne this season, who plays a more grown version of Hal's sister, Lexi. "I have some scenes with her, and she's basically the most pivotal character of this season. I mean, obviously, you have Tom Mason (Noah Wyle) who we're going to be following behind, but she is the central figure that we all orbit around, and what happens to her and the things that she does dictate where the season goes. She actually was a lovely addition to the cast. She fit right in with us. It felt like she'd been there the whole time. And her character really adds a whole new level to the show that we've never seen before."