Many local (and not so local) fans swarmed to Sandusky, Ohio this past week to meet Twilight icon Peter Facinelli, who plays Dr. Carlisle Cullen in the film series based on The Twilight Saga books by Stephenie Meyer. 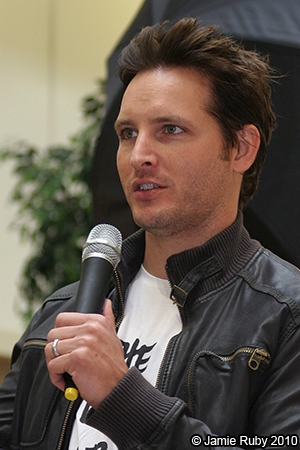 While probably most known for being the vampire patriarch of the Cullen clan, Facinelli is not new to the business, appearing in series such as Six Feet Under and Damages, as well as having a starring role in Fox’s Fastlane. He has worked on many films as well, including Can’t Hardly Wait and The Scorpion King. He currently stars in the Showtime series Nurse Jackie as Dr. Cooper. The show, which is now in its second season, was recently nominated for 2010 for both a Writers Guild Award and for an Emmy under best comedy. Facinelli will also star in the upcoming films Loosies (which he also wrote) and Paz, both of which he produced. 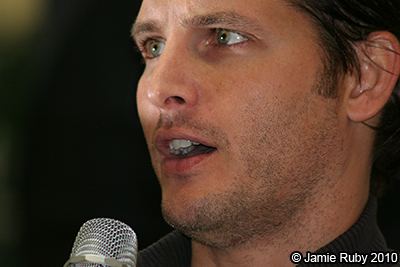 On Friday, August 27th, Facinelli stopped at the Sandusky Mall to take photos and sign autographs. The photo ops and signatures were not free, costing $40 for a photograph taken with the actor and subsequently printed there, with the option of being signed. 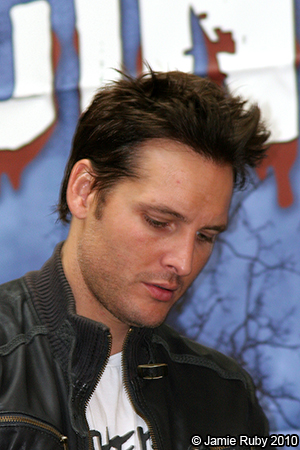 All autographs were $25. However the money went to a good cause, with some of the proceeds benefiting Alex’s Lemonade Stand Foundation, a charity raising money for a cure for childhood cancer. The foundation first began in 2000 when a four-year-old cancer patient named Alex had a dream to hold a lemonade stand to raise money to help find a cure. Early in 2004, Alex and volunteers around the world helped her meet her $1 million goal. Shortly thereafter Alex ultimately lost her battle with cancer, but her legacy lives on through the charity and its volunteers.

Around two thousand fans attended the event to meet Facinelli and support his cause, a few even staying overnight on Thursday to be first in line. The actor was very gracious and took time with the fans, staying until everyone had their turn. 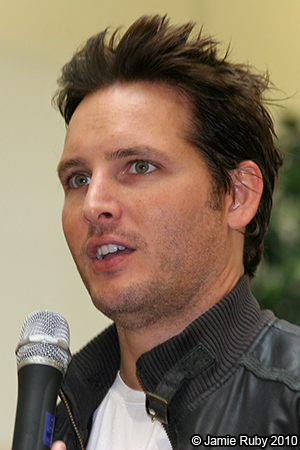 You can catch Peter Facinelli in part one of the fourth installment of The Twilight Saga, Breaking Dawn, in theaters November 18, 2011, or watch him weekly on Nurse Jackie on Showtime.

More Photos are available in the Fandom Gallery, with more coming soon.