Published: Friday, 28 June 2013 18:29 | Written by SciFi Vision
Exclusive interview with William B. Davis for Continuum on May 24, 2013
Interview by Jamie Ruby
Written by Jamie Ruby

William B. Davis is probably best known for his iconic role of Cigarette Smoking Man on the hit FOX series The X-Files, but he has a plethora of other credits to his name. Some of the films Davis has appeared in include The Messengers, Passengers, The Tall Man, and the upcoming movie Singularity Principle. On television he has worked on popular series such Smallville, Stargate SG-1, Supernatural, and Human Target.

Davis currenlty plays the elder Alec Sadler (to the younger Erik Knudsen) on Continuum, which airs Fridays on Syfy (and Showcase on Sundays).

The actor recently talked to Jamie Ruby of SciFi Vision in an exclusive interview about his role. 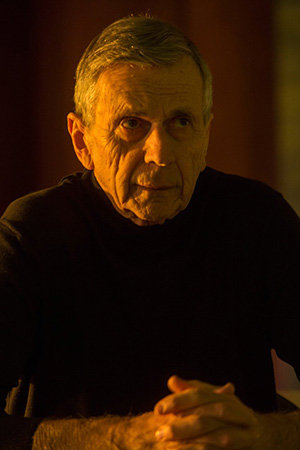 The executive producers of Continuum, Simon Barry and Patrick Williams, were already fans of Davis, which may have contributed to him landing the role. "Obviously they were thinking of me, but I was called in to audition and read for that first scene in the first episode, which was quite simple. Clearly they had me in mind; I don't think the audition was what sold it, although they always like to see how you look in that role and how you sound.

"But they're all fans, Simon and Patrick, they were all fans of X-Files and fans of me before we started, so that was kind of nice. But obviously they needed to get that physical similarity with Erik, and they felt they had it. Which is pretty interesting, really, because it does seem to play, and yet if you stand us next to each other - I mean, he's half my height - and if you look at pictures of me at that age, I look quite different than Erik does. And yet, it's very believable that I could have started like that and ended where I am."

Davis and Knudsen did talk together at the beginning about playing the same character. "Actually before I even started, we got together and had a chat, and explored some ideas of mannerisms. We haven't really pushed that very far. So now I think it's just more that we watch each other and it happens by osmosis. Certainly we did have some discussion initially."

The actor was captivated by the series from the beginning. "It was very intriguing; there's no question. But as I often say, I'm an actor in the trenches, we work because we work. We don't necessarily choose what we work on, which was a problem I had with X-Files, which I now talk about a lot, because people assumed that I had chosen to be in it because I believed in UFOs. No, no! I don't!" 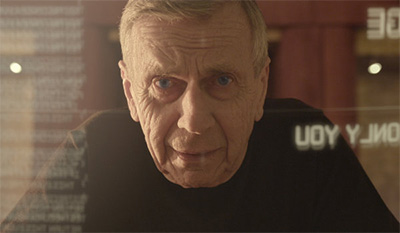 The elder Alec Sadler is mysterious, but the actor does have some insight. In three words Davis described him: "I want to say "powerful" but I don't actually like to say that because that's more what people think about him than what he thinks about himself. He has power but that's not the same as being powerful. So intelligent, ruthless, and guilty."

One of the challenges of playing Sadler is that there is not a lot known about the character, not dissimilar to Davis's iconic portrayal of Cancer Man on The X-Files. In this instance he sometimes has to make up things he doesn't know, to know how to play him. "It's always challenging...there is limited information. It's similar to X-Files in that way, in that one has to kind of flesh it out. Maybe that's common with a lot of television, and that is not criticism of the writing at all, because the whole point of that kind of character and that kind of show I think, is to get the pivotal moments. But what's behind those pivotal moments? How does a character get there? What happened before, even sometimes just literally the moment before, how did you get into the scene? All those questions, and we ask those questions in anything we play, but sometimes I think in this kind of material we have to be a little more imaginative than we might have to with Shakespeare, for instance." 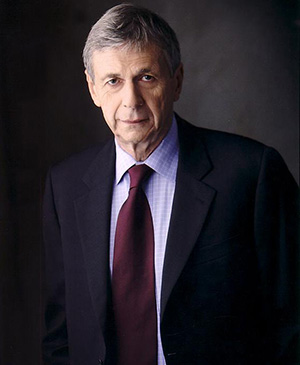 Sadler is similar to Cigarette Smoking Man because of all the mystery surrounding the character, yet different because of his motivations. "Mostly we see Senior Alec trying to recover from what he accomplished, we don't actually see him yet accomplishing it, as it were. We seldom saw Cancer Man in that kind of role. We saw Cancer Man, or Cigarette Smoking Man, we saw him ongoing and without conscience in a way, or whatever conscience he had he was suppressing, largely with tobacco (laughs), whereas Alec Senior does seem indeed to be wrestling with his conscience. We don't know how far he'll go with that. You would think that he could make major changes in the present without having to change in the past - he has all this money and all this power. But I don't know. So there are certainly some similarities. There are similarities for the audience in that they are both enigmatic; we don't really know what's going on inside. They both have a lot of power; Alec actually has more power than Cigarette Smoking Man."

Davis may not know all of his character's backstory, but Barry and Williams are helpful with answering any questions he might have. "I have to say they're a lot better than Chris Carter was, who never told us anything. Simon is quite willing to talk and share and all of that. I do find myself in a kind of a fog more than I was on X-Files in some way, because I'm in a lot fewer episodes and a lot of things happen between, and because of the way the way it's shown – or shot – I haven't seen a lot of the episodes that I need to know what happened in.

"So we're coming up to the finale and I said, "I don't know what this is about at all!" And they said, "Well, okay," and the director tried to explain something: "it all depends on the episode just before." Which, of course, had been shot but not shown to anybody, so they gave me the script for that. So now I'll be able to use that script to help me understand what I do in the finale and hopefully that will be fine. If not, I'm sure I can ask Simon or Patrick to explain it to me." 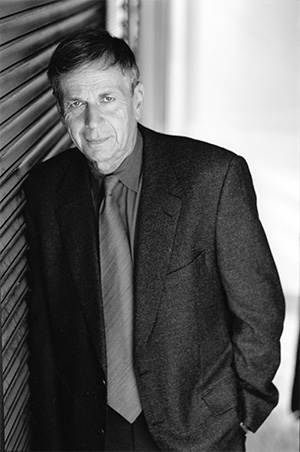 Another difference is that they are more collaborative on Continuum and have more of an idea where the show is headed. "It's bounced around. They took input, [Olivia] and I kind of changed the focus of the scene that we did. And we shot it, and it was all fine, but then they had to change it back because of how it fit with something else. So it bounces back and forth, but I do find them really open; they're a terrific group to work with and they are very approachable and very willing.

"They know more about what they're doing, in a strange way than X-Files did, and that's one of the reasons they can be more informative. Chris didn't always know what he was going to do next week."

Davis has had quite the illustrious acting career, but there are still characters he's yet to play. "[My dream role would be] probably a romantic lead, aged 30, but I'm a little old for that! But still, I see Christopher Plummer's about to do a romantic lead, and he's 83, so why can't I? A romantic lead would be nice. Comedy, I love doing comedy. I've been to some degree, not totally, but to some degree, slotted into the science fiction roles because of the recognition factor, but I like to do a range of things. I like intellectual roles. In the theatre I played a theoretical physicist; I've even played American politicians, real ones."

Even though it has been years, Davis is still often asked about the possibility of another X-Files film, as there are always rumors floating around. "I think you know more about that than I do. I have no inside information other than the observation that we're all getting older and it's going to be more challenging each year that passes."

For more, be sure to check out Davis's autobiography Where There's Smoke...: Musings of a Cigarette Smoking Man, a Memoir.
Twitter
BotonSocial por: SocialEmpresa
Category: Interviews