Published: Thursday, 30 May 2013 14:52 | Written by SciFi Vision
Exclusive Interview with Nicholas Lea for Continuum on 5/22/13
Interview by Jamie Ruby
Written by Jamie Ruby

Nicholas Lea is probably best known for his role as Alex Krycek on the television series The X-Files, but he has many other credits to his name. His numerous television series include Once a Thief, Andromeda, CSI, Kyle XY, Supernatural, Once Upon a Time, and many more. He has appeared on film in movies such as Vertical Limit, Chaos, and Shattered, and more recently starred in the Syfy remake of The Philadelphia Experiment and the Canadian film Crimes of Mike Recket. Lea can be seen soon on AMC's The Killing, and currently on the hit series Continuum.

The time-traveling drama Continuum follows the life of Kiera Cameron (Rachel Nichols), a cop from 2077, who finds herself trapped 65 years in the past with a group of terrorists called Liber8 who are trying to stop corporations from taking over people's freedoms. She works with Alec Sadler (Erik Knudsen), a seventeen year old tech genius, and the only one who knows her true identity, as well as her partner Carlos Fonnegra (Victor Webster), and the rest of the police department to try to stop the terrorists. At the end of season one, Kiera found out that she was not sent back by accident. 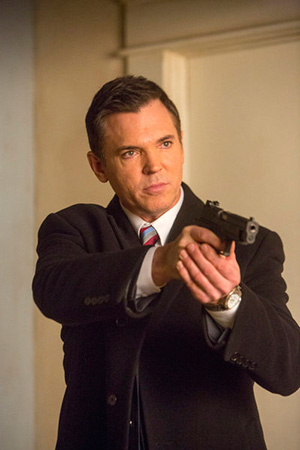 In the season finale, Kiera protected herself and Alec from an exploding bomb. Leaving the scene she used her technologically advanced suit to make herself invisible. Unbeknownst to her, she was seen by Agent Buddy Gardiner (Lea), who had already been a thorn in her side at the department, trying to figure out who she is and what she's really up to.

Lea, who returns in the series season two premiere, which airs Friday, June 7th on Syfy (and airs Sundays on Showcase), recently talked to Jamie Ruby of SciFi Vision in an exclusive interview.

Agent Gardiner may be back this season, but viewers won't get to know much about him personally, just his goals of finding the truth. "He's pretty much got a singular focus. He's a dog with a bone, and in fact, I think that line comes up. [Kiera] references throwing a bone to me, and that, you know, you throw a dog a bone and he doesn't want to let go of it.

"So that becomes, I don't know if you recognize it, but there's not a lot of personal character life in the show. There're some aspects to it but there're a lot people in this show and we don't really delve deeply into the personal stuff; it's more about the situation at hand."

Gardiner really just has that one goal, which helped Lea to portray him. "I think that for me personally, and I think that's the intention of the writers as well, is that it is really at the heart of his entire reason to be. Now he's seeing something, you know, it's like having a spaceship land in your backyard, and then the rest of your life is taken up with trying to understand and explain what you saw. He's got his job to do and he's got people to answer to, etc., etc., but, you know, what motivated me in the role was every time that I had a scene with [Nichols], regardless of how I portrayed myself in front of her, that my super objective was to try to answer that burning, burning question."

During the season Gardiner will do whatever he can to fulfill that objective. "His goal is to push her into a situation where she becomes vulnerable and begins to give up information, or at least plays her cards, and he's able to see - he's able to answer his own questions based on her behavior.

"Basically what we're going to see, is him pushing her constantly, and apart from Kiera's own obvious dilemma, and the constraints, and the political issues she's having to deal with, with Liber8, etc., you know, I think is Gardiner's job, to be the person who's pushing her from behind."

That pushing and the vulnerability that comes from it will make Kiera feel more alone. "I think that that's part of the dynamic of the show: the only person that really understands her, at this point, as of the premiere, is Alec, but that's part of her personal dilemma: who can she talk to, who can she confide in?

"So you're going to see some of that happening...but as time goes by, she becomes almost more and more alone in a certain way, and then, what are her choices, what are her options from there in terms of who she's going to communicate with?" 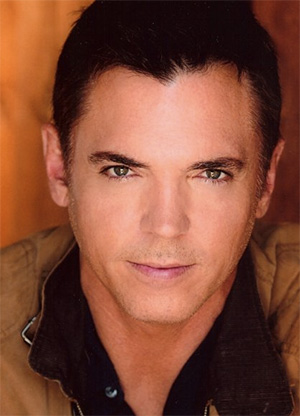 If Gardiner does eventually get the answers he is looking for, could he and Kiera ever become allies in going after Liber8? "I guess it's a question of what happens to Gardiner based on what he discovers, and it becomes his soul reason for living, to uncover who and what she is. Now do they start to see each other's needs and desires relative to Liber8 and what's going on? That's part of what we'll see coming up, is how their relationship evolves."

The actor enjoys the people he works with on the series. "Being on that set is a very, very easy thing, because it's one of the most warmest, professional, calmest sets I've ever been on in my life, so that part's easy...

"I would say, honestly, my favorite thing about working on Continuum is the people I've had a chance to work with, and I mean all of them - all the cast member, all the writers, and all the producers have been so kind and so generous and supportive. I've worked on a lot of shows in my life, and this is a show that really cares about the people that they cast, and they give a tremendous amount of respect to the people that they hire, whether it's cast or crew, and they stand back and they allow everybody to do their job, as opposed to trying to manipulate every single moment of everybody's jobs on set. These guys really trust the people that they work with, and it's a very, very warm, friendly, supportive environment, and all that does in the end is allow the actors and the crew people to do their best work. When I'm away from the set I miss those people; they're all good and they're all super talented."

Regardless, Lea does find some challenges in playing Agent Gardiner. "[The difficult thing is] trying to be a good actor, and I'm not joking. You know, the most difficult thing for me always is to try to bring a performance, to any show that I work on, that people are going to find intriguing and hopefully on some level mysterious, and, you know, trying to bring a truthfulness and a reality to it that's going to pull people in. And that's my goal, and that is always the hardest thing...

"There hasn't been a tremendous amount of physical work for me. On The X-Files I did a lot of physical stuff. I haven't had to do that a lot [on Continuum]. It's sort of mind games, so I would say probably the most difficult thing has been trying to string together a story that when you look back on it will patch together and create a character."

Lea sees other similarities and differences between Continuum and The X-Files. "Like any show, you never know what you're going to get until you crack the script, right? There's not a tremendous amount of dialog. I mean, there's a lot of dialog between us and the producers, and they're always there for us, but you don't quite know what's going to happen to you until you crack the script.

"I've always said it was like Christmas every time I opened a script on The X-Files, because there were so many far flung experiences that my character went through. This stays a little bit closer to home. On this show I don't end up going to Russia; I don't end up having my arm cut off or being hung from a building, or stuck in a missile silo. It's mostly psychological, you know what I mean, it's mostly, like I said, mind games. 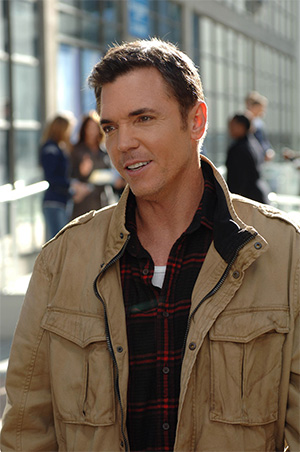 "But are there similarities? Well I think that there're similarities in the show in that there's a race and a chase to find the truth and to get to the bottom of what's really going on, and I think that Continuum's a very smart show, because it actually really challenges the audience, the viewers, I think, because I believe the intention of the writers and the producers is to put you in a place where you don't know who to believe or who to trust really, and who's right and who's wrong, and I think there were aspects of that in The X-Files. You know, who do you get behind? And I think that's what's interesting politically about this show, especially in the environment that we live in, where you've got quote un quote terrorists, and if you look at, say for example, the situation between Israel and Palestine, some people have very, very rigid ideas about what's going on, but if we really knew the truth who would we get behind?"

Besides Continuum and The X-Files, Lea has been in a variety of other science fiction shows, but it's often just about location. He does, however, enjoy science fiction. "I happen to live in a city that does shoot a lot of sci-fi stuff, so I get attached to it just by location sometimes. I just finished, well I'm actually in the midst of doing a big arc on The Killing, which is a very very, very different show. I'm a fan of any show that is well crafted, you know, that's my goal. I mean, my favorite kind of sci-fi is a sober, dark realistic sci-fi, even shows like Prometheus, films like that, you look at that and the concept is farfetched to a certain extent, but it's done with such care and such attention to detail, that it's fascinating. But that's my favorite kind of sci-fi, the stuff that's really sober and really authentic."