Exclusive: Shawn Ashmore on "The Following"

Shawn Ashmore is probably best known for his role as Bobby Drake aka Iceman in the X-Men films, but has numerous credits to his name, including Smallville, Earthsea, and Fringe to name a few.

Ashmore, who will soon be starring in the upcoming film Mariachi Gringo, currently plays the part of Mike Weston opposite Kevin Bacon in the new series The Following, premiering tonight on Fox.

The Following is about serial killer Joe Carroll (James Purefoy), who has cult of followers, and continues to gain more. The protagonist in the story is retired FBI Agent Ryan Hardy (Kevin Bacon), who is called back to consult with an FBI team when Carroll escapes. He is joined by new partner Mike Weston, played by Ashmore, the only one who seems to idolize Hardy and is accepting of working with him.

Ashmore recently talked to Jamie Ruby of SciFi Vision in an exclusive interview about his new roles. 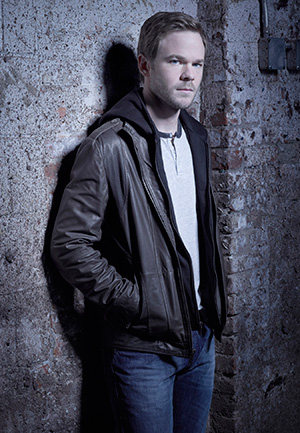 As the story of The Following unfolds, we will get to learn more about his character. "You definitely will get more back story but I think that Mike, so far, anyway...is really about the immediate investigation, so that's where you see him. You don't go home with Mike and see what he does after work or anything like that. But you do learn about him as he bonds with Kevin Bacon's character, Ryan Hardy. As their relationship develops you start to learn at the beginning just tidbits here and there about his family and where he comes from. And then as the show progresses his character starts to round out.

The script for the series is something that really stood out to Ashmore. "The last pilot season I was really interested in finding a TV show to do; I hadn't been a regular on a television series in years, almost a decade. And I just stared going out there and reading scripts, seeing what was around, and I read dozens of scripts. Last year I auditioned for a ton of things, but The Following was really the one that stood out to me and was really the one that I wanted to be on. So I pursued it.

"I loved the script, first of all. I loved the twists, the turns. There were two or three moments that I was completely shocked at when I was reading the script and that totally hooked me. This was the kind of show that I would watch.

"I loved what Kevin [Williamson] had written and Kevin Bacon was already a part of the show, and so was James Purefoy. So it was like this pedigree where I was like, "Wow, this is something exciting and something that potentially could be an amazing show." 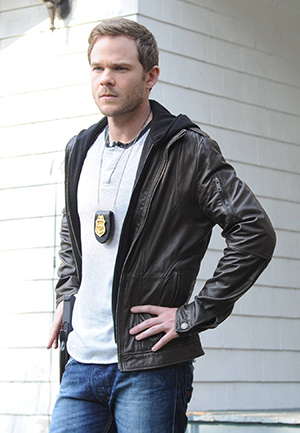 "So I really pursued it. I went after the part. Marcos Siega, who directed the pilot and is one of our executive producers, I had worked with before. And I didn't actually read for him, but we've kept in contact over the years and I knew that at least, if it came down to it, I could always give Marcos a call and tell him how passionate about the show [I was] and really just try to sell him on me.

"But it seemed to be a really good fit, to be honest, with the part of Mike Weston and myself. I felt like I knew how to play the guy from the beginning and it was a really great opportunity."

The Following is Ashmore's type of show, though it can be dark. "I'm a huge fan of thrillers and horror films and exciting drama, to be honest, so this is right up my alley. It scares me in a good way, the way that I want to be. This is the kind of entertainment that I like, so I dig it; I'm into this stuff.

"I did a lot of research on serial killers and crime scenes and stuff like that as we were preparing for the pilot. I watched a lot of video footage and I went to the FBI and talked to them there. So I did quite a bit of research.

"So I'm not really scared about it but certainly it raised my profile, my ideal of what's out there and the capacity. And unfortunately that is what it is; there are those people out there. But I think the reason we are fascinated by it is we want to protect ourselves, we want to try to see the signs and know that we can protect ourselves. And that's difficult sometimes."

The actor is most challenged by the pace of the series. "I think what's challenging and interesting is the pace of the show. The first four episodes happen I think in four days, maybe five days. The immediacy is there, which is, as an actor, difficult to maintain over months and months at a time. 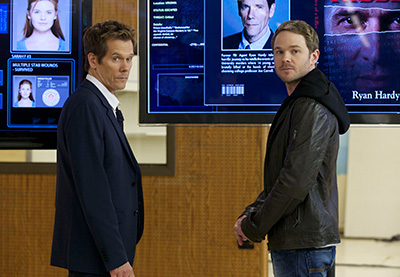 "But it's also an amazing challenge because it forces you to stay present in the story and every day you have to show up and be where you were yesterday. It's an interesting challenge but I love that, it keeps the energy up and it keeps the immediacy of the show up."

Another challenge is all the information they need to remember. "There's a lot of information. We're on the investigative side of the show and so there's a ton of information that you have to, as an actor, digest overnight and then memorize and perform the next day. And so certain weeks it's like, "Wow, we have a lot of dialogue and a lot of information to process," so that's always challenging. But I like that; it's a skill set that you get to practice, especially on a show like this."

Ashmore enjoys getting the opportunity to work with Kevin Bacon on the series. "Working with Kevin is great. First of all, he's a really nice guy, and obviously he's an incredible actor; there's no doubt about that. So getting to have scenes with him on a daily basis is like – I always look at it, and I've said this from I think the first time I did X Men 2, I felt like I was in a totally different league. I was doing scenes with Halle Berry and Hugh Jackman, Patrick Stewart, Ian McKellan, all these incredible actors, Anna Pacquin, and it raises your game because you don't want to be the weak link, you don't want to be the one that doesn't rise to the occasion. And I feel the same way about Kevin. When you show up on set with Kevin he is bringing his A game and it makes you raise your game. You want to meet him; you want to have a great scene with Kevin. And that's amazing. It's definitely been an interesting experience so far. And again, I love that. It's a challenge every day to match where Kevin is at. He's absolutely incredible in his performance and in this character. So it's been really cool." 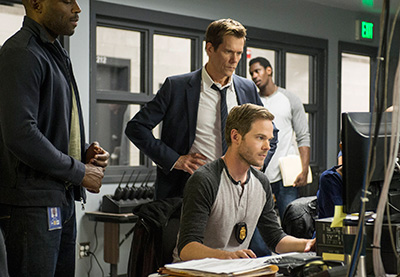 Besides The Following, Ashmore has another project coming up. "I have a movie that I shot about a year and a half ago called Mariachi Gringo, that is a really beautiful, kind of a lighthearted film. It's about a guy who grows up in Kansas and he's 30. He hits the wall. He's in the middle of nowhere, his life is going nowhere, and he meets this older musician who used to be a mariachi singer in Mexico, and he's influenced by the passion of the music and the culture, and he decides like a crazy person to pick up and move to Mexico and study the music down there. And he falls in love with a woman down there, falls in love with the culture, and lives in Guadalajara, and starts to study and play. And it's just a really, really beautiful film, a really feel-good film, and it's coming out I think sometime this year.

"It's not a musical, but there's a ton of music in the film, and that was a real challenge, and was something completely different for me, completely off the wall. I thought getting into it was crazy, I was like "What am I doing? I'm not a musician, I'm not a singer." But I got to train and it was amazing. It was a really, really fun time."

In the future, Ashmore still has other roles he would like to partake in. "I've always wanted to be in a western. I'm a big Clint Eastwood fan and I love all the spaghetti westerns, The Good, The Bad, and The Ugly; I love all that stuff. So maybe one day if I could do a western, I think that would be fun. I feel like that goes in cycles; every ten years it's a trend and they'll make some westerns. So maybe I'll get to be a part of that one day. That would be fun; I think that would be pretty enjoyable."

Until then you can catch Shawn Ashmore on The Following, airing Mondays on Fox, starting tonight.
Twitter
BotonSocial por: SocialEmpresa
Category: Interviews