Recently this summer the top ten from American Idol went on tour, stopping at forty-five locations, including the Consol Energy Center in Pittsburgh, Pennsylvania. Before the concert, eighth place winner DeAndre Brackensick took time to talk to Jamie Ruby of SciFi Vision for an exclusive interview. 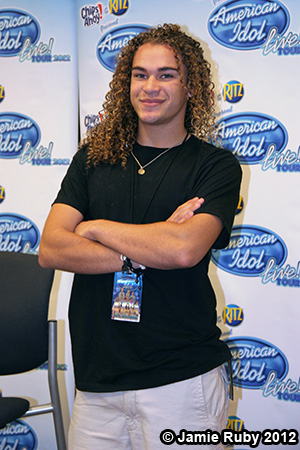 Brackensick is appreciative of the people who support him, and it surprised him to have so much fan support. "People noticing me and knowing that people support me - that's a huge confidence booster. And it's something just to wake up and just to be proud of, and to be fortunate. So I just think how I look at life how and much more I appreciate it now has really changed a lot."

The singer has a great fanbase; the DreDreamers are very dedicated and he remembers one in particular. "One fan, her name is Brittney, she got a huge tattoo with a big microphone and DreDreamer on it. It was crazy, I was like, "Oh my gosh, that's permanent for your life," and it's just like, "wow." That's the kind of stuff that I do this for, those people. This is what I do this for."

He does, however, miss his family. "I enjoy it a a lot, and I miss my sister dearly, that's probably the only bad thing about touring, just you're separated from your family, but you know, that's life, it happens. They're always going to be there, and I'm happy I get my couple months with my Idol family, so it works out perfectly." 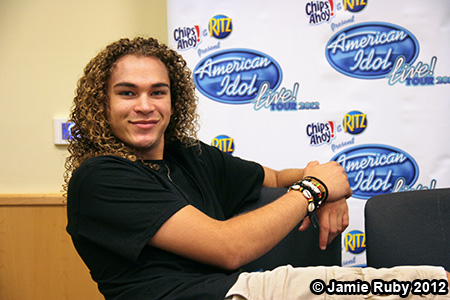 Unfortunately the Idols did not get to choose their set list for the tour, but Brackensick is happy to be able to open the show, even if he sometimes finds it difficult. "As far as the tour, what I find challenging is just trying to get the crowd going, I open the show with a song that doesn't really show exactly who I want to be, it kind of sucks, but it is cool that I get to have that privilege to open, that is probably the only the hard thing now is trying to get the crowd going."

Out of what he does sing on stage during American Idol Live, he most enjoys "Proud Mary" and "Rumor Has It." The singer, however, has already thought about what he would like to be able to sing on tour if he could choose. "[I would choose] something in my range, like "Sometimes I Cry" or even "I Like It." I really want to sing "I Like It," because the full version of that song is fun and I can play around with it a lot, so I wanted to sing that so bad." 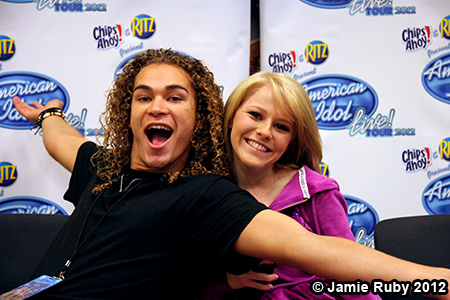 Brackensick has not started on an album yet, but he knows what it will be like. "I'm hoping to make this double R&B, what I like to call "RR&B" - reggae rhythm and blues, it's mostly R&B with a little island twist to it, a little island flavor, but I haven't started working on it, I don't really have anything going right now, you know, but hopefully, later on.

"...I do write my own lyrics and hopefully somebody will pick me up and someone will at least give the time to listen."

He also said that he would love to sing with Eric Benét and Patty LaBelle.

Before leaving, I had to ask Brackensick about his trademark hair. "I use Mix Chix...It's like the best thing ever, ever since I've used it, it's like I can't look at anything else."

For more, be sure to check out the review of the tour, as well as the photo gallery.
Twitter
BotonSocial por: SocialEmpresa
Category: Interviews