Most fans probably know Verne Troyer as Mini-Me in Austin Powers: The Spy Who Shagged Me, but he has quite a few other film credits to his name, including Mighty Joe Young, Harry Potter and the Sorcerer's Stone, and The Imaginarium of Doctor Parnassus, to name a few.

The actor recently talked to me in person for an exclusive interview for SciFi Vision to talk about his career. 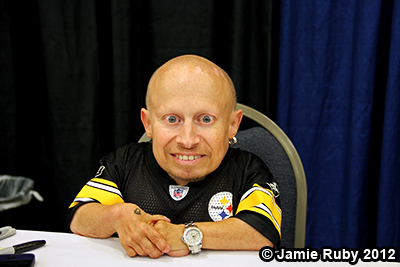 The first time Troyer worked on a film was as a stunt double for a nine month old baby, but his favorite is the one most popular among fans. "[It is] my first Austin Powers, The Spy Who Shagged Me, because thats really how everything just changed my life. I have other things that I like better but as far as people recognizing me, and being at the status where it's at now, it's that movie."

It was a friend that turned him on to Austin Powers. "Actually a friend of mine who worked for a special effects company called Cinevation got a phone call and they were asking about me, how it is working with me, and she told him it was just an awesome experience, me working on doing things for them. So I got a call from the casting people, I went and met with Jay Roach, the director, and basically two days later they called and offered me the job."

The actor especially enjoyed working with Mike Myers on the film. "Mike, he's very unpredictable, you never know what he's going to do, so if your acting in a scene with him, he goes off and he does things that aren't in the script, so you need to be able to try to react off of what he's doing. He makes it challenging, but he also makes it fun and keeps it fun." 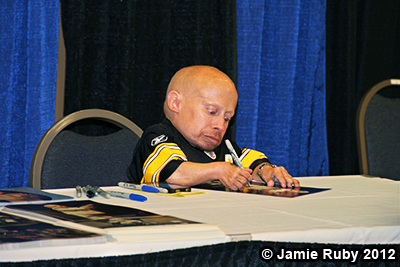 Because of Meyers, you had to be on your toes. "You had to [improvise] because if he's improving something that wasn't in the script, obviously you're going to have to improv something back."

It was a fun experience working with Meyers, even behind the scenes. "I can't think of just one [funny moment] working with Mike, like I said, he just goes off. He has a sound mixer and every-time in between scenes he plays some of his favorite music and he dances to the music in between shots, so he makes it fun."

The film did pose some challenges for Troyer. "In Austin Powers my character Mini-Me didn't speak, and for me to get my emotions and everything to come across where you understood what I was doing without having to say words was probably the hardest thing, but I also liked doing that just because it was a challenge."

Before Austin Powers, he also worked on Mighty Joe Young, which took a lot of research to play the role. "Before Austin Powers and all this I did a lot of costume work, played a baby panda bear, played some baby gorillas. I was baby Joe on Mighty Joe Young, so in order to make it look realistic we had to watch a lot of real footage of gorillas and get their mannerisms and things like that. Those type of things I did." 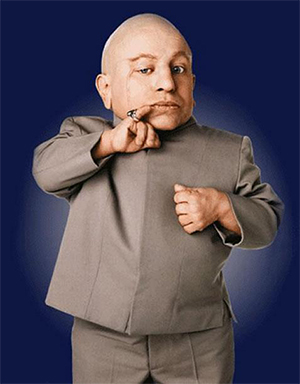 Another popular movie that Troyer worked on is Harry Potter and the Sorcerer's Stone. "I was on the first Harry Potter. I played Griphook, the original Griphook, and I was on it for two weeks. The sets were amazing; that is the biggest thing that stands out."

It took a long time for the actor to have the goblin makeup applied. "That makeup I think it started out about 4 hours and we got it down to about 2 1/2 -3."

The actor can appreciate working in both television and film. "I would rather do film, but it's also good to have maybe a tv series; thats steady work. A movie is just that movie, and then you're on hiatis. So I don't mind either one."

Troyer enjoys both his dramatic and comedic roles. "I think comedic comes a little more natural. I've done some drama, but not a lot, but I would like to do more."

When asked, Troyer revealed that out of everyone, he would like to get to work with Clint Eastwood in the future.

He has become more confident in his craft since he started acting professionally "Compared to how I grew up and how I was when I grew up, I'm more outgoing now and not nervous in front of the camera anymore."

Troyer isn't just interested in acting either. "I just recently produced something and directing is something I thought about so if the right thing comes along an I have opportunity I would love to try it." 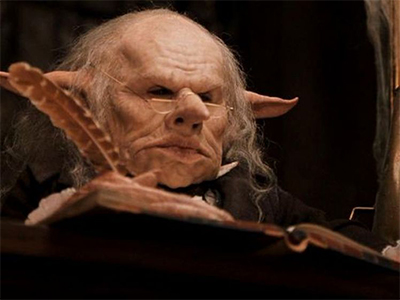 The actor has another new role coming out soon as well. "I just shot a film in the UK and it will be premiering in August, and if it does well, hopefully it will be worldwide. It's called Keith Lemon: The Film."

Something you may not know about Troyer is that he is an avid sports fan. "I'm a big sports fan; I love football and college football and plus I play a lot of video games.

At the moment, Troyer is playing Batman: Arkham City.