Into the Badlands: The Complete First Season Blu-ray Giveaway

Including featurettes delving deeper into the world of the Badlands, the making of the fight scenes, the characters of the series, the digital comic and more, the Blu-ray and DVD will be available for the suggested retail price of $49.99 and $39.98, respectively.
Read the full press release.

In preparation for the the release, SciFi Vision is giving away 3 copies of INTO THE BADLANDS: THE COMPLETE FIRST SEASON on blu-ray! 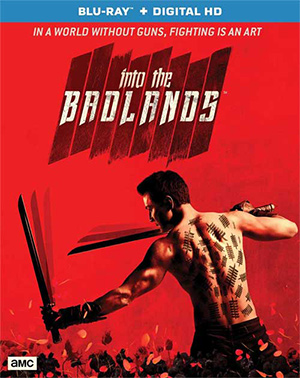 To enter, simply follow the instructions below! Note that you MUST follow @scifivision on Twitter and tweet the entry to win, other entries methods will give you more chances of winning (More options will show once you have completed the mandatory ones). Prize courtesy Anchor Bay, but they are not a sponsor, administrator, or involved in any other way with this giveaway. Contest open to US residents only.