Not "Avengers" the Movie; Comic Book the Movie

In the same way that Lord of the Rings is an epic fantasy movie, to date there are two epic super hero movies and that's The Watchmen and now The Avengers. The difference between the two can actually be compared to characters their parent companies. Whereas The Watchmen is like Batman, dark and broody, The Avengers is more like Iron Man, charismatic and fun. Yet, despite not having boundary-pushing moral questions, the latter is no less epic than the former. 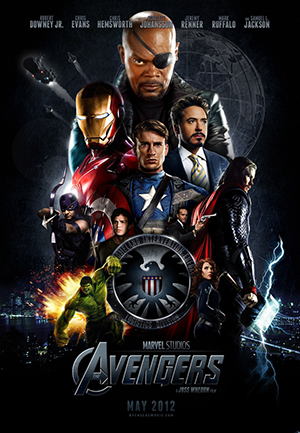 In fact, The Avengers is such an accomplishment, I'd go so far as to claim it the single greatest comic book movie. That's not to say that other movies with super heroes in them are not fantastic works of entertainment and art, that's to say that they're not nearly as good at being a comic book movie. When I was sitting in the theater on opening night it hit me more than once that, "wow, this isn't Avengers the movie, it is Comic Book the movie." For the first time since maybe Thor, I felt like I was watching a comic book.

All the other movies up to now have been adaptations of characters. Comic book heroes have been taken by Hollywood, and made "real." Some have experimented, leaving the more fantastic elements from comic books in their movie with mixed success, but the films have remained attempts to adapt a character from a specific medium to appeal to those unfamiliar with his or her mythos. This is why we see so many origin stories from super hero movies.

The Avengers is not held back by this crutch. Marvel Studios' gamble of creating continuity across films has paid off. Joss Whedon is able to jump right into his epic journey without having to explain who everyone is, what they're dealing with, and how everything works, because everyone already knows. This continuity even proves to be self-perpetuation, as Whedon was able to work in previously untouched characters and elements from the Marvel Universe without distracting from the main plot. The audience can just accept that it's part of the world, look forward to it later, and move on.

In that regard, The Avengers is also a quick paced film, jumping into the main conflict within minutes, (very appropriate to comic narrative pace mind you.) The rest of the film is a rip-roaring ride of the huge cast of characters reacting to the situation, and most importantly, interacting with one another with each of their character's individual styles. And the interactions are glorious. The different style that each film took with the character only highlights the differences, and individuality of each hero. When they clash, you understand why, and can sympathize with either side, and when they work together you feel like you're a part of something big. 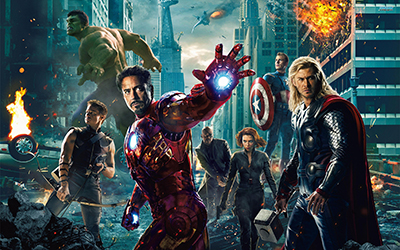 That being said, not everyone in the movie has a great deal of character development. After all, we know who Thor, Iron Man, and Captain America are already. Leave their personal development to their individual franchises. Though we've met the other characters, Nick Fury, Black Widow, Hawkeye, and the Hulk, haven't received as much attention as those three. The Avengers serves to help the audience get to know them better, learn to care about them, and root for them.

No character receives this new growth better than Mark Ruffalo as the Hulk. By far the best performance of Bruce Banner yet, Ruffalo goes a long way to help you feel Banner's fear of turning into his monstrous side at any minute. Though Edward Norton did a good job in The Incredible Hulk, he ultimately played the character too confidently, and thus downplayed the Dr. Jekyll nature of Banner. And the Hulk—oh the Hulk! At times he feels like the unstoppable force of destruction the world fears, but in the finale he takes stride as a real member of the team, even playing at a rivalry with the also super strong Thor. Finally, after almost a decade, the damage done by Ang Lee to the Hulk's reputation can be reversed. I will not be surprised to see the theater packed for the second Incredible Hulk movie, especially since I'll be sitting there on opening night right with everyone else.

Before I wrap things up there are a couple more elements I need to make note of. The first is that much like Cabin in the Woods, and Captain America: The First Avenger, part of what makes this movie great is it's levity. There is wit laced throughout the film that serves to keep it from taking itself too seriously, and to remind the audience that this is a comic book movie; they're there to have fun. The second element is the parting clips.

By this point, pretty much everyone who sees these movies knows there is a scene after the credits to set up future movies. The Avengers is no exception; however, this movie is so epic that it has two clips. The first comes after the initial "pretty credits," while the second comes after the end of the normal credits. The former sets up the next big villain and for those of you who don't read the comics, you're not likely to recognize who it is. Just be assured that the villain is indeed one of the most powerful in the Marvel Universe. The latter clip does not necessarily set up for future movies but acts more as a reward for the fans dedicated enough to wait for it.

So, should you see it? If you enjoyed the previous Marvel movies, yes—unequivocally yes. Even if you haven't been a part of what is likely this next generation's Star Wars as of yet, The Avengers is still an epic action movie that anyone would be unlucky to miss. I think we've found the defining blockbuster of the summer, folks. Even if The Dark Knight Rises is an amazing movie, it'll still only be an amazing super hero movie, and not the greatest comic book movie ever made.
Twitter
BotonSocial por: SocialEmpresa
Category: TV Reviews & Recaps