Published: Sunday, 05 January 2020 16:58 | Written by Jamie Ruby
**This is a spoiler-free preview review. My detailed recap is now available here.**

Tonight, the second part of the Doctor Who premiere, “Skyfall: Part Two,” written by Chris Chibnall and directed by Lee Haven Jones, airs on BBC America. In the conclusion of the spy thriller, the Doctor (Jodie Whittaker) has been separated from her friends, who must find their way without their leader. They must work from all sides to stop the Master, who always seems one step ahead, as humanity is about to be destroyed by the plan he has set in motion.

After last week’s episode, I was worried that part two couldn’t keep up the momentum it had built with the crazy reveal at the end. Thankfully it was for naught, as the story is filled with just as much action and adventure, and this time also some of the fantastic humor that the show is known for. I love that Chibnall is changing up the story and moving things in a brand-new direction. There is so much packed in the episode; they could have easily made a three-part premiere, considering each episode has a longer run time as well. 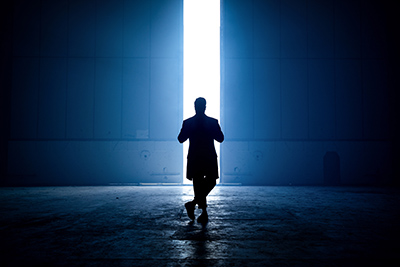 One of the best parts of the episode was actually that the group was separated, although that does seem surprising to say. The team had to use their smarts and skills (and of course their awesome spy tech) to find their own way, which was a cool change. I was happy that Graham (Bradley Walsh) was more involved in this episode. He once again had the best lines and his character is always a lot of fun. Ryan (Tosin Cole) and Yaz (Mandip Gill) were also terrific; everyone had their part to play in saving the planet.

On the Doctor’s side, I really liked the interesting characters she met along the way, which I don’t want to spoil. She also had some really exceptional scenes with her nemesis. Whittaker and Sacha Dhawan have great chemistry together.

Dhawan was a standout of the episode once again. He is excellent at playing the Master’s psychotic side, but also showing a glimpse of the friend the Doctor once knew. It was nice to at least get to see a glimmer of that (although a very small one). I hope they have more scenes together in the future. What happened I think will spin the show in a new direction with a new thread to explore. 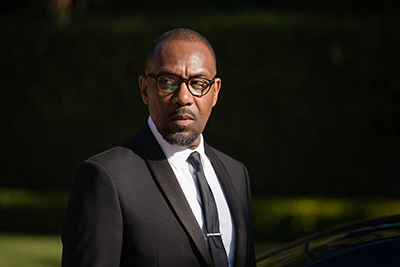 As expected, the effects and sets were of course wonderful. I really appreciated the sort of steampunk aspect of the one scene.

Another part that I have to mention that stood out to me was the end of the episode when the Doctor finally answers some of her friends’ questions. I think it will help to bond the characters even more.

I know it might be awhile before the threads from the episode are picked up again, but I’m still excited. In the meantime, I’m sure whatever comes next will be just as fun as the first two episodes have been. I can’t wait.
Twitter
BotonSocial por: SocialEmpresa
Category: TV Reviews & Recaps