HBO Documentary Films' The Crime of the Century Debuts This May

One of these is the documentary film, The Crime of the Century, which debuts this May.  The summary is below and media will be added/updated as embargos are lifted. Please be sure to come back soon for more.

THE CRIME OF THE CENTURY

HBO DOCUMENTARY FILMS ANNOUNCES THE CRIME OF THE CENTURY, A SEARING INVESTIGATIVE WORK REVEALING THE INNER WORKINGS OF THE MULTI-BILLION DOLLAR INDUSTRY BEHIND THE OPIOID EPIDEMIC 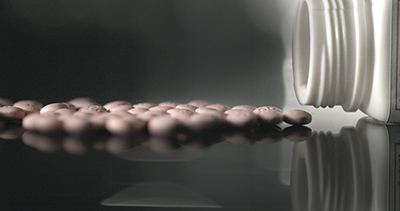 HBO’s THE CRIME OF THE CENTURY, a two-part documentary directed by Emmy® and Academy Award® winner Alex Gibney (HBO’s “The Inventor: Out for Blood in Silicon Valley,” “Going Clear: Scientology & the Prison of Belief”), is a searing indictment of Big Pharma and the political operatives and government regulations that enable over-production, reckless distribution and abuse of synthetic opiates. Exploring the origins, extent and fallout of one of the most devastating public health tragedies of our time, with half a million deaths from overdoses this century alone, the film reveals that America’s opioid epidemic is not a public health crisis that came out of nowhere.

With the help of whistleblowers, insiders, newly-leaked documents, exclusive interviews and access to behind-the-scenes investigations, and featuring expert input from medical professionals, journalists, former and current government agents, attorneys and pharmaceutical sales representatives, as well as sobering testimony from victims of opioid addiction, Gibney’s exposé posits that drug companies are in fact largely responsible for manufacturing the very crisis they profit from, to the tune of billions of dollars...and thousands of lives.

THE CRIME OF THE CENTURY will debut on HBO and be available to stream on HBO Max this May.
Twitter
BotonSocial por: SocialEmpresa
Category: Film News