from the CREATIVE TEAM BEHIND the hit series "ROOKIE BLUE" comes the inaugural season of THIS SUPERNATURAL MEDICAL DRAMA - an NBC-TV fan-favorite! 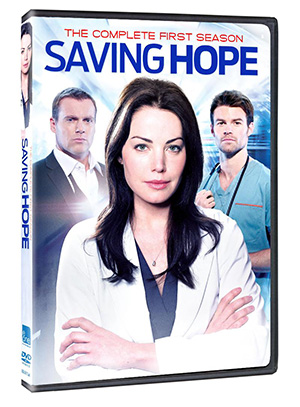 Dr. Charlie Harris (Michael Shanks,"Stargate")), Chief of Surgery at Toronto's Hope Zion Hospital, ends up in a coma, leaving the hospital in chaos and his fiancée and fellow surgeon, Alex Reid (Erica Durance, "Smallville"), in a state of shock. Now, a comatose Dr. Harris explores the hospital halls in "spirit" form, not sure if he's a ghost or a figment of his own imagination. Meanwhile Reid and her fellow doctors press on to save his life and those of their other patients as they deal with the complicated and courageous decisions that are made in their daily struggle to keep hope alive.