We have 1616 guests and no members online

Published: Monday, 18 October 2010 03:19 | Written by SciFi Vision
As part of the Syfy Digital Press tour, Sci Fi Vision was given an exclusive early look at the holiday episode of Warehouse 13, which will air on December 7th at 10pm ET/PT. Here is the official press release.

Synopsis: On Warehouse 13, as the Warehouse team prepares to celebrate the holidays in snowy South Dakota, Pete (Eddie McClintock) and Myka (Joanne Kelly) are called upon to hunt down a malevolent Santa Claus. Meanwhile, in time for Hanukkah, Artie and his estranged father, Isadore Weisfelt reunite after 30 years. Award-winning actor Judd Hirsch returns to television guest starring as Artie’s father. Paul Blackthorne also guest stars as a harried work-a-holic who becomes terrorized by a strange series of robberies committed by a thief dressed as “jolly old Saint Nick!”

Published: Monday, 18 October 2010 02:19 | Written by SciFi Vision
As part of the Syfy Digital Press tour, Sci Fi Vision was given an exclusive early look at the holiday episode of Eureka, which will air on December 7th at 9pm ET/PT. Here is the official press release.


Logline: You’d better watch out: Christmas is just different in Eureka — and this year it’s totally out of proportion.

Synopsis: Carter’s (Colin Ferguson) plans to visit family for the holidays are thwarted when he, Zoe (Jordan Hinson) and the rest of the town are trapped in Eureka by a glitchy electromagnetic shield – during a very un-Christmassy heat wave. Undaunted, Allison (Salli Richardson-Whitfield) mega-decorates and Vincent (Christopher Gauthier) serves up fruitcake while a mysterious Secret Santa distributes stunningly perfect gifts. Fargo (Neil Grayston) obsesses over plans for the Global Dynamics company party, getting only a “Bah humbug” from Jo (Erica Cerra). She has her hands full with the partying GD staff, including Dr. Noah Drummer (Chris Parnell) who nearly absconds with a volatile experiment.

Even a runaway sleigh careening down Main Street fails to ignite Carter’s holiday spirit, especially since the low flying Santa turns out to be the eccentric Taggart (Matt Frewer), immersed in the study of “Santalogy” -- science that he insists will prove the existence of the elusive Claus.

The halls get seriously decked when Dr. Drummer’s experiment, an unstable hydrogen crystal, starts to grow at a frightening rate. Carter and Henry (Joe Morton) attempt to deal with the potentially explosive crystal, but before long the true scope of the problem is revealed, and it will take more than tinsel and carolers to save Christmas—and Eureka.

Sanctuary shoots almost entirely on green screen and has phenominal visual effects which were previously nominated for an Emmy Award in 2008.

Robin Dunne is known for previously appearing on television series such as Dawson's Creek, Dead Like Me, CSI: Miami, and NCIS. He has also been part of movies such as The Skulls II, American Psycho II, and Beyond Sherwood Forest.

Dunne as well as Syfy executives Erika Kennair and Mark Stern sat down with the media on Monday at the Syfy Digital Press Tour in Orlando, Florida to discuss this groundbreaking series. 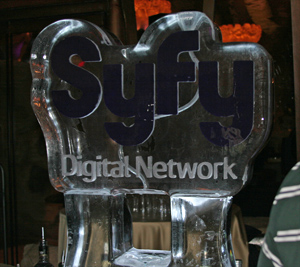 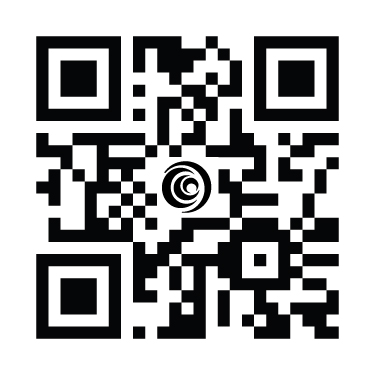