Recently Schull talked in an exclusive interview with SciFi Vision about where recent events left her character, Cassie and Cole butting heads, and more.


SCIFI VISION: Cassie’s obviously been affected by her son Athan’s death, and it changes her. At the beginning of the first episode she almost lets Jones (Barbara Sukowa) die. She also talks about going to some point in the past and just living out the rest of their lives as long as they can.

Can you talk about how last season’s events changed her, and what ultimately pushes her back from wanting to stop to wanting to fight again? 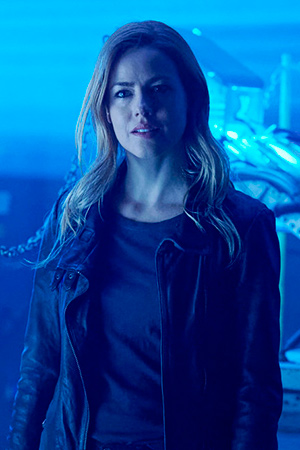 AMANDA SCHULL: The first episode of season four picks up seconds after season three ends, so she’s still wrapping her head around everything that just happened. There was also the moment in the house of cedar and pine where Jones, her ally, this fellow doctor, fellow mother, shoots her child. She is willing to kill the thing that Cassie has been chasing through time and space, and she doesn’t have an opportunity to process that. You know, she goes straight from there to being apprehended. And through the whole thing, I think she’s still catching up when we start season four, trying to figure out what she just saw, because then Athan reappears. I mean, the whole thing is just so mind blowing. Then she has a heartfelt moment with him, where he says he’s willing to die for her, and I think she feels resentment towards Jones.

She also doesn’t really know at that point what the point of fighting is. You know, she’s thinking, have we lost? Are we still outnumbered? What do we need to do to get an advantage here? She feels like part of her has been ripped out, and she hasn’t had a chance to grieve yet. 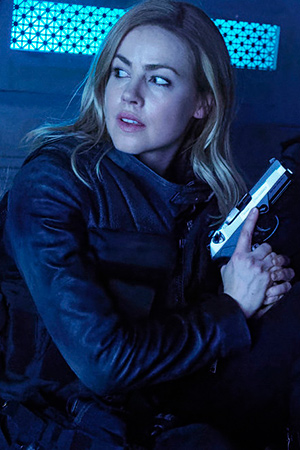 I think she then at that point takes some time to grieve - well after a serious gun battle, [laughs] among other things, but going forward in a couple of episodes, she needs to kind of pull herself back together. She needs time. They’re constantly going from one thing to the next thing and not allowing themselves a chance to regroup.

And she does take the time to regroup, and I think ultimately it’s Cole who brings her back to the land of the living and what they need to do.

And then, of course, in episode three, she has an opportunity to possibly nip the whole thing in the bud, and that doesn’t go quite as she was hoping. [laughs]

That reminds me, earlier I was rereading a transcript from a conference call last season, and you were talking about wanting Cassie to take a moment to kind of slow down, so I guess she finally got that at least somewhat and it kind of helped? 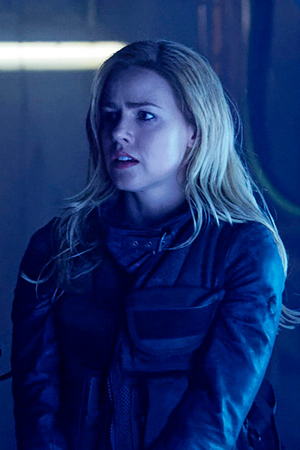 That wasn’t the way I really wanted to slow down. [laughs]

Obviously with time travel, events on the show are constantly in flux, because they are changing things in the past. But this season, at least in the beginning, it is more about the cyclical nature of things and how what they are doing might be causing the problems they are actually trying to stop. Can you talk about her frustration with this, and also about her and Cole kind of clashing on what decisions to make?

I think they vacillate with their frustration with that, you know, because it’s two steps forward, one step backwards constantly with them. But then at the same time, each mission could be the mission, and part of them needs to always understand and respect that about the other’s need to do that, to pursue something, whether it involves a pursuit together, or somebody needs to go on his or her own mission. 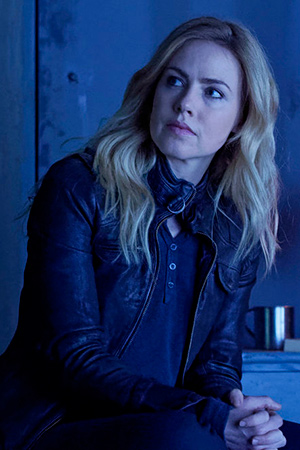 But because they’re both intelligent people, they’ve got to be just exhausted. I mean, not just physically, but mentally.

Nothing they’re doing is working, and I think Cole at one point has a line where he says, “What the hell was all this for?” So, he keeps in his mind, you know, what are we doing all this for if we don’t just keep trying?

But then at the same time, some things never seem to work out for them [laughs] the way that they want them to. But then, that makes good drama. So who am I to criticize that? [laughs]

**Be sure to check out part two of this interview to hear more from Amanda Schull**
Twitter
BotonSocial por: SocialEmpresa
Category: Interviews