Exclusive: T.J. Thyne - King of the Lab on Bones

Recently Bones entered its tenth season on FOX. Actor T.J. Thyne plays the character of Jack Hodgins on the series, the brilliant squint who is a forensic entomologist (and a lot more) and a conspiracy theorist married to Angela Montenegro (Michaela Conlin). They had a son, Michael Vincent, who is now a toddler. Thyne recently talked to Jamie Ruby of SciFi Vision for an exclusive interview about his role.

Thyne has more in common with his character now than he did when he started working on the series. "In the beginning, Jack Hodgins and I were a lot more different. He had major anger management issues, didn't like authority, and had a big chip on his shoulder.

“As the seasons have progressed, so has Jack. Once he started dating Angela, and then married her, once Jack came to terms with Zack being gone, and once the Grave Digger was finally dead and out of his life, he mellowed out. He became a father. Now he's full of zest & spunk.

“But let me tell you the difference: Jack loves bugs and slime and reptiles, etc. I don't, at all (laughs). And Hodgins is a deep conspiracy theorist, which I'm not in real life. That part is really fun to play since it's so different for me. The spiders, he can keep!" 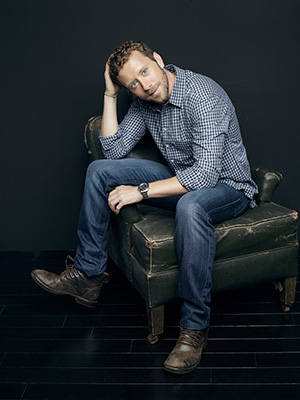 The actor doesn't mind the gore, however. "I adore Halloween. I always have. Even this Halloween, I'm dragging some of the cast, those that I could convince, out to haunted houses again with me in October.

“So the gooey gross bodies on our show, even early on, were always really cool to me, but, I've never seen bodies as realistic as on our show Bones! Our Yagher brothers team, who do all of the special effects makeup and bodies, are the best of the best. Bones wouldn't be Bones if it didn't have convincing, at times disgusting, effects, so we are extremely lucky to have the team that we do."

Will we see more of Hodgins in the field this season? "For the last many seasons, Hodgins has been out at the original body dump site gathering particulates and such. The first many seasons we didn't see him out there all that much, but I think we all realized over time that this really is Jack's thing and he needs to be there collecting the evidence. So yes, we continue to see him in the field for quick scenes with Brennan, Booth, and Cam. As for this season so far? Goat poop. Yup, that's all I'll say."

Hodgins gets to do a lot of wacky experiments, which the actor loves. "There have been so many, and they've all been tons of fun. Hodgin's giddiness during experiments is actually just me having a blast (laughs). A few that come to mind are: when I dropped the frozen turkey and it bounced and hit Angela in the head , when Cam walked into the lab and Fisher and I sprayed her with watermelons, when Booth got slimed instead of Hodgins, when I was lowered down into the car via Mission Impossible, when Zack & I threw the frozen Pig through the wood chipper, and on and on. 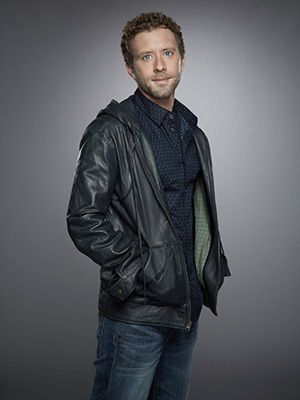 “Each experiment has its own level of danger, and our team on set is brilliant at how they break it all down and do it in a way that keeps everyone safe. Taking even one of the examples above, when Fisher and I were smashing water melons, they had placed small explosives inside each melon so when we smacked down on it, it would explode at different levels. Just one example. Having said that, I still strap myself into any device they build because I love doing that stuff! I'm like a twelve year old kid who loves to play (laughs)!"

Thyne has enjoyed the scenes with Hodgins and his brother, and fans hopefully fans will get more of that this season as well. "I hope so. As much as I love doing all the experiments and conspiracy angles of Hodgins, it's the relationships and drama in his life that I really love playing as an actor. That conflict is what we actors love. So I'm hoping my brother comes back and we get to see how he interacts with Angela and Michael Vincent and Jack's world. Fingers crossed."

Rumors have been floating around about problems between Angela and Hodgins, but that might be simply rumors. “Oh really?! What have you heard? That I don't know about. Hodgins and Angela went through so many challenges early on, it took seasons and seasons for them to finally have a sweet, drama free relationship, so I think the writers said for the last many years "Let's just let them be the happy couple for a while". But who knows, perhaps knee-deep in season ten that changes. I haven't heard any whispers of that so far.” 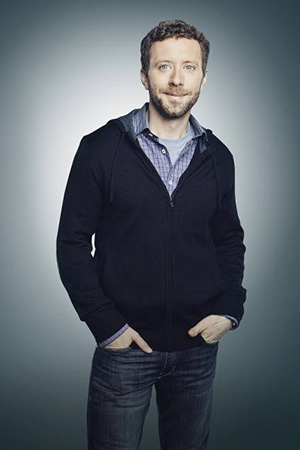 Saying all the technical jargon can be difficult at times for the actor, but that's about it. “I love it so much, and we've been doing it now for ten seasons! I think as a whole, we've all got the process down pat. I say, “More please!”

Thyne revealed his favorite line: “KING OF THE LAB!”

Also of note, the actor revealed that he is interested in the possibility of writing or directing for the series in the future if possible, and if he could pick anyone to guest star on Bones, it would be Gene Wilder.

Lastly Thyne had a tease for the fans of the series for this season. “Hold on tight; this is going to be one heck of a season!”
Twitter
BotonSocial por: SocialEmpresa
Category: Interviews