Today HBO and HBO Max are holding their annual TCA panels, and SciFi Vision will be attending. Earlier, the networks sent out press releases with their new and returning series/films that are being spotlighted at the panels.

One of these is the new limited series, Mare of Easttown, which debuts April 18.  The summary is below and media will be added/updated as embargos are lifted. Please be sure to come back soon for more.

Limited Series Stars Kate Winslet And Is Created And Written By Brad Ingelsby,
With All Seven Episodes Directed By Craig Zobel 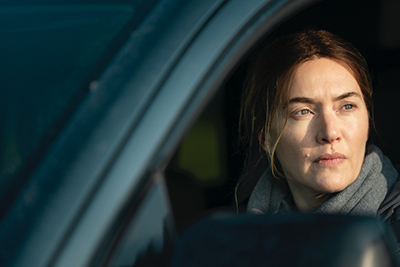 Starring Academy Award®, Emmy® and Golden Globe®-winner Kate Winslet (HBO’s “Mildred Pierce”), from creator and writer Brad Ingelsby (“The Way Back”), with all episodes directed by Craig Zobel (HBO’s “The Leftovers”), the seven-part limited series MARE OF EASTTOWN, debuts SUNDAY, APRIL 18 (10:00-11:00 ET/PT) on HBO and will be available to stream on HBO Max. This limited series stars Winslet as Mare Sheehan, a small-town Pennsylvania detective who investigates a local murder as life crumbles around her. MARE OF EASTTOWN is an exploration into the dark side of a close community and an authentic examination of how family and past tragedies can define our present.