Returning for the second half of its fourth season this summer, Eureka is currently Syfy's longest-running scripted series. Ten all-new episodes will debut on Monday, July 11 at 8:00PM ET/PT, kicking off Syfy's new Monday night line-up of scripted originals. Following Eureka is the third season of Warehouse 13 and the anticipated new series Alphas.

As the new season kicks off, the town of Eureka faces a whole new set of trials. The timeline changes from their trip to 1947 continue to surprise Carter, Allison, Henry, Jo, and Fargo. Meanwhile, an accident of astronomical proportions launches Eureka's most abitious project yet. The entire town rallies to go where no man has gone before, pitting scientists against scientist to be one of the chosen few. But our heroes' new relationships are tested when a secret experiment precipitates an event that will completely alter life in the town. 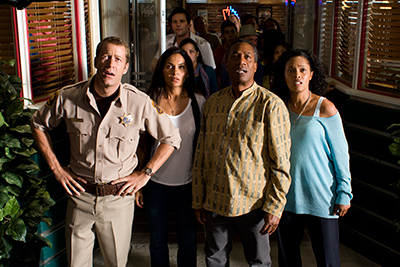 A stellar line-up of guest stars portray pivotal roles in the new season.Wil Wheaton (Star Trek: The Next Generation) plays the contentious Dr. Parrish and is in competition with Fargo to be selected to a special mission that has been given to Eureka. Felicia Day (Red) plays Dr. Holly Marten, an ill-at-ease Department of Defense visitor tasked with evaluating eager Eureka candidates for the mission. The quirky visitor finds herself in a love triangle when she attracts the attention of Fargo and Dr. Parrish. Ming Na (Stargate Universe, ER) plays Senator Michaela Wen, who has turned an especially watchful eye on the town of Eureka. 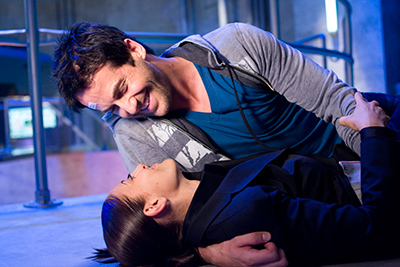 Eureka seems like any other cozy, Pacific Northwest town, but is actually a secret community of geniuses assembled by the government to conduct top-secret research. What they've unwittingly created is a place where anything imaginable can happen...and does. New and returning fans won't want to miss the big changes in store for everyone in Eureka after a cataclysmic shift turns their lives upside down. 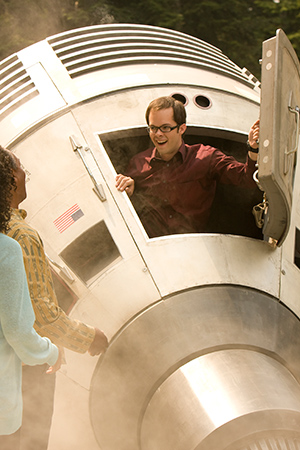