Exclusive Video Interview: Hunters' Josh Radnor on "Dressing to Impress" as Lonny Flash & How it Helped His Confidence

Today, the second and final season of Hunters comes to Prime Video. On the series, Josh Radnor plays the character Lonny Flash, an actor and master of disguise. SciFi Vision recently caught up with the star to talk about his costumes, which are important to a character like Flash. “I think a lot of how I found the character of Lonny was through the the costume,” revealed the actor. “Once I found the facial hair, and once I got on the outfits and the heels, it just changed my walk; it changed the way I spoke. It just changed everything and informed everything…They call him the master of disguise. Even when he's not technically in disguise, he's still wearing some sort of disguise. I mean, he's kind of peacocking through life. He loves to be looked at, he wears flashy things, very different than me in that regard, and that was all really fun to play. In the second season, his career has taken off, even though his demons have kind of got a hold of him again. So, his wardrobe is a little more upscale. He's wearing more suits and cravats and things like that, but he's still, he's still dressing to impress.” 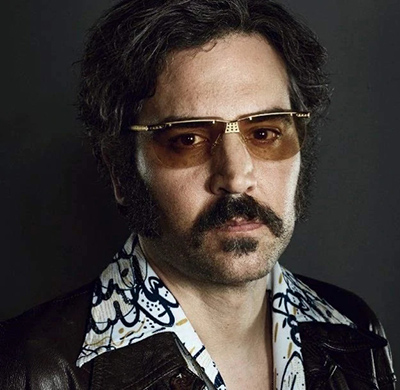 Lonny and his wardrobe also taught the actor about himself. “It's fun to behave badly,” Radnor told the site. “Sometimes in a safe context, you can work out some of your own demons. I noticed that I don't love doing photo shoots. I feel kind of silly, just standing there getting my picture taken, but Lonny loves photo shoots. So, whenever I was in Lonny’s clothes, I just found myself enjoying them, because he allowed me to feel that it's okay to be looked at in a different way, because he's so much more comfortable than I am. I think it helped me access a different level of confidence in certain ways.”

“But he's also a mess,” he added, “and there [were] times I really felt for him. So, it was this interesting mix of kind of like admiring him, but also feeling quite bad for him all at the same time, which to me, means he's a great character.”

During the interview, Radnor also talked about what fans might not know about Lonny. Watch the full interview below, and be sure to tune in to season two of Hunters, now available to stream on Prime Video.