The third and final season of the hit series Locke & Key, based on the comic book series of the same name by Joe Hill and Gabriel Rodriguez, recently premiered on Netflix. At the end of season two, Eden brought back Captain Frederick Gideon using the Echo Key. In season three, the Locke family must not only stop Gideon from taking the keys but deal with an old foe. Recently, Connor Jessup, who stars as Tyler Locke, spoke with SciFi Vision in an exclusive interview.

At the end of season two, aging out of magic, due to grief over the death of his girlfriend, Tyler made the choice to not use the Memory Key, knowing he would forget magic. “He just wants to in every way, emotionally, mentally, [and] physically, get away,” Jessup told SciFi Vision. “Season three, there's a bit of a time jump, and we meet him in Wisconsin, and he doesn't remember magic at all. So, he's totally separate from his family, and even when he’s reunited with them, he can't remember anything that they've been through together in the last couple years. So, he's on the outside, and he's confused. He doesn't understand what they're going through and what's going on, and why it seems like something is wrong.” 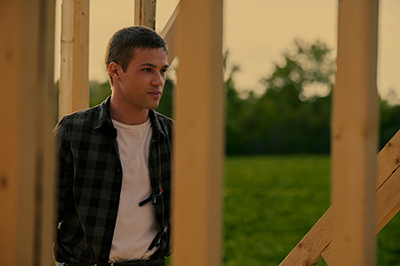 Tyler has grown up and learned a lot during the show, and similarly, even though older in real life, Jessup himself has grown since starting the series. “I know he's very different person,” the actor explained, “but looking back on kind of the full journey of Locke & Key…by the end of it, he really felt like an adult. He felt like he was more on his feet, and he felt like he was more stable, physically and emotionally. I think even though I'm at a different point in my life and going through different things, kind of coming out of the show compared to when I started it, I feel like I left it much more an adult. Part of that is because of the show, and part of that it just because of those four years in your life passing, but in that way, I think I weirdly felt like I've mirrored what he was going through and where he ended up. It’s not really something I thought about while we were doing it, but looking back on it, it kind of struck me.”

The actor told SciFi Vision that he hopes the fans enjoy the third season and are satisfied with the conclusion and how all the characters have evolved. “I hope that after three years that people feel like these characters have earned the place that they land,” said Jessup. “Everyone is in such a different spot than where we met them at the beginning of season one, and I hope people feel like that's satisfying, and that beyond the fun, it's well rounded.”

Jessup loved working on the series and would be happy to return again in the future if there is a way for it to continue on. “This experience was the most joyful working experience in my entire career,” the actor told the site. “Getting to work especially in these last two seasons, shooting them back-to-back for so long, getting to work every day with Emelia [Jones] and Jackson [Robert Scott] and Darby [Stanchfield] and Griffin [Gluck] and our entire crew, they are some of my favorite people. The thought of getting to work with them again, especially down the line, and seeing where everyone's at and what everyone's doing, that would be deeply, deeply fun.”

During the interview, Jessup talked more about Tyler’s choices, special memories from his time on Locke & Key, hidden Easter eggs in Key House, and much more. Be sure to watch the full interview below and check out season three, now available to stream on Netflix.