The third feature film from Vincent Grashaw, What Josiah Saw tells the story of a damaged family reuniting after two decades at a remote family farmhouse, bringing long buried secrets to light. Nick Stahl, who stars as Eli Graham, recently spoke to SciFi Vision in an exclusive interview about working on the film.

Stahl liked the character from the beginning. “I just really loved Eli's storyline,” the actor told SciFi Vision. “I liked the idea of playing this guy who the odds were kind of stacked against him, and he's ultimately kind of, I'd say, misunderstood and is just carrying a heavy load in the beginning of the story. He kind of goes through this little journey that he is not necessarily on board with and he's just kind of playing the hand he was dealt. All those all those elements I thought were challenging [and] fun to play.” 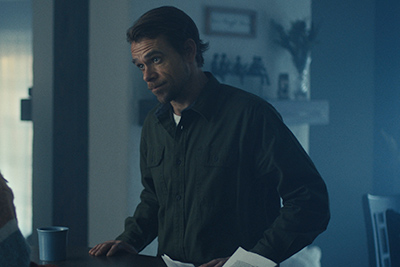 The actor also appreciated that the script was unique. “That's one element that I really liked about it was just that it was very unique,” said Stahl. “I hadn't really read anything like it before, just from the characters [and] the way the structure was laid out…It kind of stood alone to me as a unique story, and especially in the genre as well. It was a very unique horror film. It had a lot more story than a lot of lot of horror films you see, I would say.”

It was the gypsy carnival scenes in particular that spoke to him. “I would say that was the sequence with Eli that most stood out to me in reading the script," said Stahl. "Then, when [I saw] the movie, I had the same reaction. What Vincent did visually, just the suspense, that stuff to me is genuinely, genuinely scary in watching the movie. I think, to me, that's my favorite part of the film.”

For more, including working with the cast members Scott Haze and Kelli Garner, who played his siblings, as well as Robert Patrick, who played his father, more about getting into character, who Stahl would love to work with and more, watch the full interview below and be sure to check out the film What Josiah Saw, now available to stream exclusively on Shudder.