Today, the third season of Seth MacFarlane’s The Orville: New Horizons comes to Hulu. The epic space adventure follows the crew of the S.S. Orville as they explore the galaxy.

One of the main relationships in the series is with Captain Ed Mercer (MacFarlane), who commands the S.S. Orville, and Commander Kelly Grayson (Adrianne Palicki), his ex-wife. Palicki recently spoke with SciFi Vision about where their relationship is headed this season. “I mean, I can only tell you so much,” teased the actress. “…I will just say it will evolve. But the wonderful thing to watch these two is to see that they’ve become such dear friends and dependent on each other. They lean on each other a lot, and you see that more than ever, I think, in this particular season. So, it will evolve in one way or the other.” 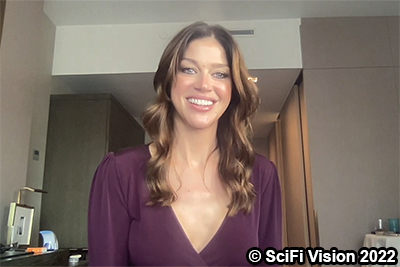 During the interview, the site also spoke with Penny Johnson Jerald, who plays Doctor Claire Finn, the chief medical officer aboard the ship, about her character’s relationship with Isaac (Mark Jackson), of the artificial, non-biological race of Kaylon-1. “Claire has to navigate a trust, whether to trust Isaac or not,” said Jerald. “Where we left off season two, he just betrayed everyone on the ship and caused deaths and caused a lot of trauma to Claire's kids. There's nothing worse than messing with [a mother’s] babies. So, she has to come to terms with that and where that sits with her kids, because they're most important to her. At the same time, you will see other things about Claire that come into fruition, and it will be a constant battle of whether to accept Isaac into the fold or not. So, that's the journey that you're gonna see this year.” 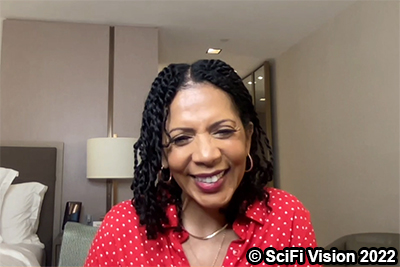 For more, including the actresses’ excitement over their characters getting out of uniform more this season, watch the full interview below, and check out season three of The Orville: New Horizons, available to stream starting today on Hulu. Also be sure to check back for more exclusive interviews with the cast of the series.