Friday, season two of the highly anticipated series, The Wilds, premieres on Prime Video. In the first season, a group of teenage girls crash landed on a deserted island, but it was soon revealed not to be an accident, but rather part of an experiment. Season two brings with it a new group of teens, this time male, as the control group of the same experiment.

The island changes all the teens, Nicholas Coombe’s character of Josh in particular. “A lot of Josh's journey happens on the island,” the actor told SciFi Vision during a recent roundtable interview. “We don't look too much into his his past. It's kind of how he deals with what's thrown at him. I think he definitely grows a lot. He goes through a life changing moment on the island. I think, after that, Josh, having the community boys come around him and support him, it really helps him feel loved, and he has friends for the first time in his life. So, I think, overall, it ends up being positive, without giving too much away. I think we leave at the end potential for more, but we'll see.” 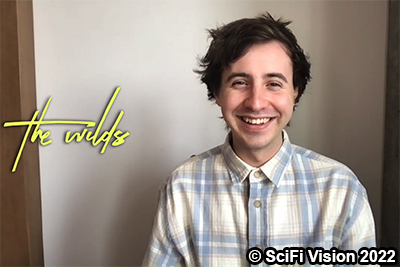 Miles Gutierrez-Riley, who plays the character of Ivan, also talked to the site about the positive impact the island has on his character. “I think Ivan comes onto the island confident, big ego,” said the performer. “[He] has this idea that he has a really deep understanding of himself, but through the events that happen on the island, I think he reflects on who he was before and has to figure out how to deal with people that are challenging to him and that challenge his ego and that make him feel insecure. I think through events that occur on the island, he sort of learns to understand empathy, softness, and vulnerability and how those are just as powerful as his fierceness, his ability to fight, his sort of sharp version of confidence. I think we sort of get to a more well-rounded, soft version.”

During the interview, the two also expanded a bit more about their characters’ personalities and backgrounds and connecting with them.

“Josh is definitely a hypochondriac,” said Coombe. “So, throwing him onto an island, it's not a great combination. You’ve got this kid who is addicted to taking pills for any reason. He will just find a reason to do that to make himself feel better. He also doesn't really fit in, necessarily; he wants to fit in. He means well, but he doesn't have a lot of friends in his real life.” 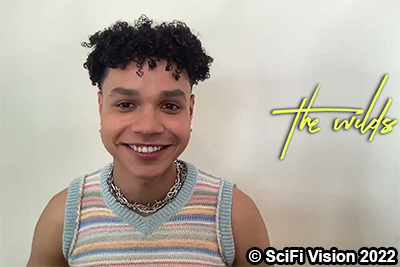 The actor also added that Josh comes from a wealthy family. “He's grown up in this really peaceful, beautiful environment, his family's normally away on vacations at these amazing places. So, I think seeing Josh thrown into a vacation environment but [where] the plane crashes, this time when he wakes up on an island with a bunch of people he doesn't know, it's a really fun journey for him in regard to how I relate to him. There're definitely moments when, I mean, I think I would also stress out in that situation, to be completely honest with anyone. So, I found those moments quite fun to play with and see what we can do in regard to how Josh would react. Yeah, I like that aspect.”

Gutierrez-Riley described Ivan as fashionable, funny, and smart, as well as conflict-oriented. “He's very defensive [and] has a lot of guards up, which I understand. I had to really figure out why he was feeling so defensive, why he was always feeling cornered.”

The actor also talked about what he has in common with the character. “We share a lot of identities, a lot of ways we look at the world. We're both very big personalities in a room, but I think we have differences in the way that we express ourselves and the way that we deal with conflict.”

Be sure to watch our interview below and check out season two of The Wilds starting Friday on Prime Video.