Exclusive Video Interview: Fivel Stewart on why Roar is "a Dream Come True"

Apple TV Plus’ latest anthology series, Roar, is grabbing viewers with its feminist themes and all-star cast. Each of the eight chapters centers on an ordinary woman in an extraordinary situation, and each story is slightly dark and offbeat. The cast features Alison Brie, Cynthia Erivo, Betty Gilpin, Nicole Kidman, Issa Rae, Fivel Stewart, Meera Syal and Merritt Wever.

In chapter eight, “The Girl Who Loved Horses,” Stewart (Atypical) stars as Jane, a young woman who prefers the company of horses to people. When her father is killed, she grabs a gun and sets out to find the man responsible. It looks like a straightforward vengeance tale until Roar throws us a curveball with Millie (Kara Heyward, Moonrise Kingdom), a girly-girl who insists on tagging along. 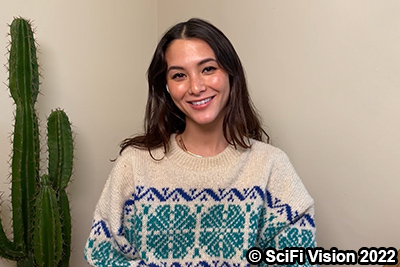 SciFi Vision chatted with Stewart about playing Jane and what she loved about the story. She also told us how delighted she was to land this particular role.

“I was really, really excited to put my foot into the door, and when I received the script, it was unreal,” she enthused. “It was a dream come true being a part of a period piece and a Western. You don't see leading females, nor mixed-race leading females, in a Western,” added Stewart, whose background includes Japanese, Korean, Chinese, Russian, Scottish and Native American heritage. “So, I thought making that change in how TV does TV was really exciting.”

Watch the rest of our short interview below!