The new series Outer Range drops today on Prime Video. The series follows the family of Royal Abbott (Josh Brolin), who while fighting for his land and family finds a mystery on his ranch that changes everything. Lili Taylor, who stars as Royal’s wife, Cecilia, spoke with SciFi Vision recently in an exclusive interview.

The actress found the ease with which the character dealt with situations logically the easiest to connect to but found other parts of her more difficult to relate to. “I think that being a woman in a man's world was a little bit more of a stretch for me, the limitations, the realities of her being a rancher out there, [and] what she comes up against,” said Taylor. 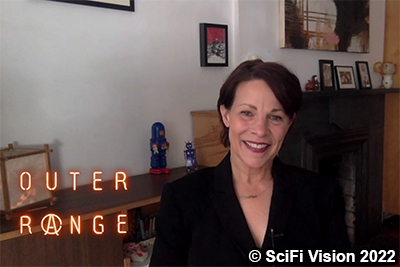 The actress continued to talk about how she connected to her faith and what the character is going through.

For more, watch the full interview below, and be sure to check out Outer Range, now available to stream on Prime Video.