Recently, the BBC comedy thriller series The Outlaws, from Stephen Merchant and Elgin James, was released on Prime Video. The series follows a group of seven criminals who are given the option to complete community service instead of jail time. Although quite different, the group ends up bonding and finds out they have more in common than they thought.

To promote the series, Gamba Cole, who plays Christian, and Rhianne Barreto, who plays Rani, spoke with SciFi Vision about their time on the show. 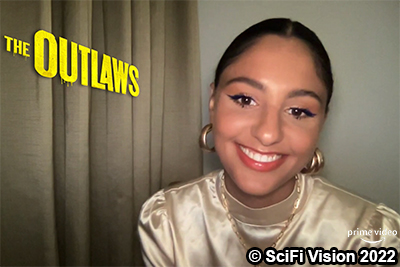 When the two talked to the site about some of the inspiration for their characters, Barreto, who is older than her character, told SciFi Vision that she took a little research trip. “I did a little research trip to Oxford University, when I got the job, to do a tour of the colleges. I went around as a prospective student to see kind of the majesty and the epicness of Oxford and how intense it is that she got in and what that really means when that's threatened because of the choices that she makes.” 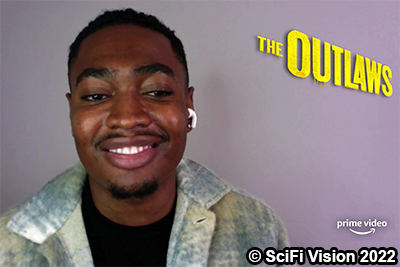 Cole told the site that he pulled some from his own life. “As an actor, it’s always nice when you can draw and blend a part of yourself into the character. My character is from Bristol, and that's where I was born in the UK, and my family are there too. So, it was nice to have that as the core of when you're building your character, and I think it was important for me to go back there early as well, just to familiarize myself with the streets of Bristol and really create that backstory. So, when it comes to shooting, I feel really centered in my character.”

The two performers also talked a bit about working with Christopher Walken. To hear all about it, watch the full interview below, and be sure to check out The Outlaws, now available to stream on Prime Video.