The science fiction film Expired, which premieres today in theaters and On Demand, stars Ryan Kwanten as Jack, a hitman whose life is forever changed after meeting a club singer, April (Jillian Nguyen). The two fall in love, and Jack finds himself with a strange affliction that only gets worse the deeper he falls.

One of the things that attracted Kwanten to the project was the blended genres. “I've always loved sci-fi, and the amalgamation of a love story and a thriller under the sci-fi guys guise was pretty powerful to me,” said the actor to SciFi Vision, adding that he also enjoyed that it was character driven and the science fiction wasn’t that far out there. “[T]he high tech gadgetry and imagery, it really felt like an extension of the world as it is now: more near-fi than sci-fi and kind of almost tangible, almost, scarily so.” 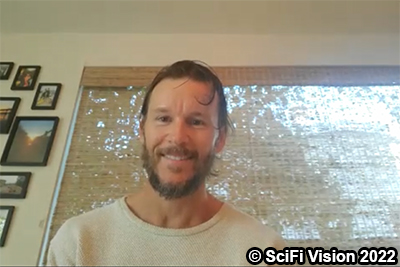 In the film, the actor got to work with one of his idols, Hugo Weaving, who plays scientist Dr. Bergman. “He's Australian royalty,” said Kwanten. “Everyone knows and loves Hugo…Sometimes [our idols] don't always live up to the pedestals we put them on, but Hugo, for me, he was levitating above his pedestal. He's such a wonderfully curious and graceful man and just so inspiring…He has that type of generosity that I think we need a little bit more [of] in the world, to be honest.”

Kwanten also had nothing but praise for his costar, Nguyen. “I can't wait to see where her career takes her,” said the actor, calling her a “godsend” to the project and saying that the authenticity she brought to the role was inspiring. 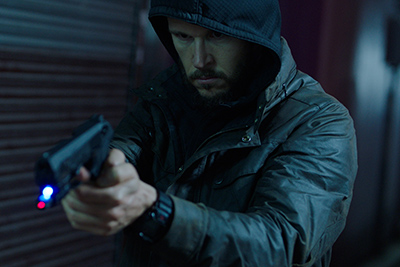 The film leaves a lot open for the audience to fill in, which was only a positive for the actor. “I think what I love about Ivan [Sen]'s filmmaking is that he leaves a lot of [the] decisions up to the audience. It lets them kind of use their imagination…I think Ivan does a great job in this sci-fi world of leaving the mystery there.”

For the rest of the interview, including what the film means to Kwanten, what part of True Blood he still thinks about, and more, be sure to watch our exclusive interview below and check out the film Expired.