Recenty Reacher, which is based on the book series by Lee Child and has already been renewed for a second season, came to Prime Video. Harvey Guillén, who plays the part of medical examiner Jasper, purposely did not read the books until after filming so that he could bring more of himself into the role. “I'm glad I didn't,” said Guillén. “I try not to do that with any of the projects that I do, just so I'm not persuaded to [do] what was written…because then you don't bring yourself into the character. You’ve got to find a little bit of yourself.”

Guillén related to the quiet nature of Jasper, who is quite unlike his character of Guillermo in What We Do in the Shadows. “With Jasper, I feel that he's a mama's boy,” said the actor. “He's very [much] wanting to stay home and whatnot…Growing up, it was just me and my mom for a while, and she was a single parent. So, it really kind of touched me, and I relate to him in that way, but also liking the idea of stability, but also not too much craziness…I think that, for Jasper, it was just nice to like a simple life and wanting that quietness that is just nice once in a while, just a peace and quiet. I remember really liking that.” 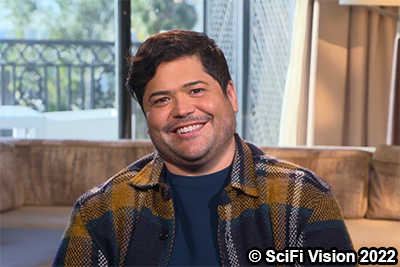 The actor, however, isn’t quite as softspoken as Jasper in real life. “He's so submissive and quiet and at times a bit of a pushover, where I don't relate to that,” said Guillén. “I kind of talk a lot, and I kind of speak my mind. I talk really fast, and Jasper is really slow. He takes his time, and he articulates, and so it was just nice to take it slow with Jasper, but in the back of my head in my psyche, I was like, ‘talk faster,’ because you're trying to get the message out, but that's just because it's me, and a part of me just talks a mile a minute.” 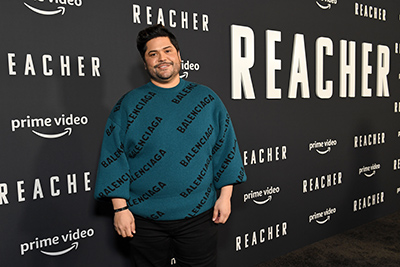 Guillén didn’t audition but rather was offered the role. “The showrunner called me and said, ‘I want you to do this role’…‘No one else can do this role. It has to be you, because he's Latinx; he has to have a certain accent, and you can do accents.’…Then we're talking about the story and the whole overall trajectory of the series for the season. I was like, ‘Wow, okay, I'm in.’ So, it actually was nice to be asked and to be part of that.”

For more from Guillén, including his favorite scene that grossed him out, what kind of role he’d love to do, and much more, watch the full interview below, and be sure to watch Reacher on Prime Video.