Recently, HBO Max premiered season two of Raised by Wolves. In the second season of the series, Mother (Amanda Collin) and Father (Abubakar Salim) and the human children settle in the new atheistic colony in the tropical zone of Kepler 22 b.

During a recent exclusive interview with Jamie Ruby of SciFi Vision, creator Aaron Guzikowski talked a bit about the atheist collective colony and teased a bit about what’s to come. “There's a lot more evidence here of the society that once existed on this planet, previously, this ancient civilization,” said Guzikowski, “and we're starting to get some little clues as to kind of what made that civilization tick, that in fact there was kind of this religious connotation to a lot of what was going on there. They're finding these strange scan cards, but they're too damaged to get the information off of them…They're finding the [cards] scattered all over the tropical zone, and they're trying to figure out what exactly it means.” 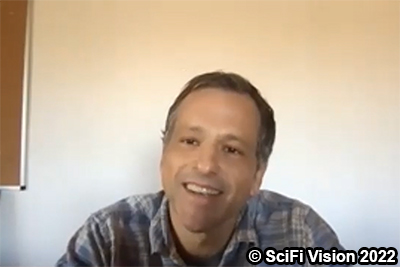 Guzikowski told the site that he was always a fan sci-fi and was interested in robots. “[A]ndroids are always kind of like dolls…There's something kind of creepy about them, but they're interesting, having a face a human face, but not being a human, and just the way that makes you feel when you look at it…I just love the idea of creating things and winding them up and watching, seeing what they do.”

Kim Engelbrecht joins the cast this season as the character Decima, a quantum gravity engineer. The actress was drawn to the role for different reasons, from the “epicness” of the series, to the production and the actors, but it was also the location. “It's shot in South Africa, and I'm South African, so it was like a double win for me,” said the actress. 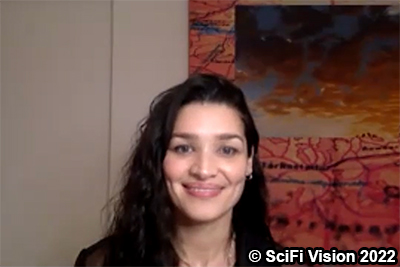 During the interview, the actress talked a bit about some of the friction between her character and Marcus, played by Travis Fimmel. “[W]hen we meet her,” said Engelbrecht, “we don't meet her alone; we meet her with her daughter, who is an android made in the image of her deceased daughter's image, who she created…[they] are the brand new recruits of Marcus, but there's one problem, because Marcus doesn't like androids, and this creates a bit of friction with myself and Marcus.”

Also on the interview was Selina Jones, who plays Grandmother. Although she has not appeared yet on the series, the actress was able to tease a bit about the character. “I play Grandmother, who is an ancient android and rebuilt to life by Father's hands. Since he is feeling all types of a way about Mother having her own serpent baby, he takes the initiative to make his own creation, but there's a twist. I've come with this sensory veil, which enabled me as an ancient android and almost shepherd of people to make objective decisions for the betterment of human race, and that veil then comes off and emotions come in and adventure begins.” 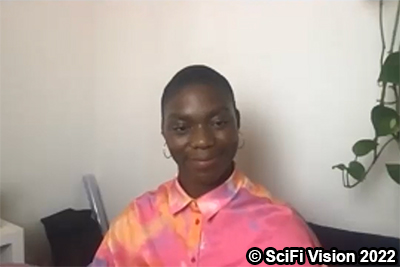 Jones said she was originally drawn to the character because she loved the idea of such an “incredibly ancient and old and otherworldly” character. “I was really, really intrigued by the power that brings, the powers that she has,” said Jones, “and working with an android is really about exploring emotions. How much emotion can you have? Can't you have? And how much does that affect the decisions that you can make that are meant to be objective, but can't always be because of your emotional attachment?”

For more from the interview, watch the video below, and tune into Raised by Wolves Thursdays on HBO Max.