On AMC+’s six-part new thriller series Ragdoll, based on the novel by Daniel Cole, the police discover that six people have been murdered and dismembered, their body parts sewed together into one creepy body nicknamed the “Ragdoll.” When DS Nathan Rose, played by Henry Lloyd-Hughes, DI Emily Baxter, played by Thalissa Teixeira, and DC Lake Edmunds (Lucy Hale) investigate the case, the serial killer taunts them by sending a kill list of his next victims, which includes Rose.

The actors didn’t read the novel prior to shooting, because the timeline and certain things, such as the order of the victims, were different from the script and it could become confusing, according to the stars of the series. “I [started to] plow into it at the same time as I was getting hit with scripts,” said Lloyd-Hughes to Jamie Ruby in an exclusive interview with SciFi Vision, “and the structure of the both of them [doesn’t] necessarily line up perfectly. So, [I] started to slightly, even by Ragdoll standards, get myself into a bit of a tangled web. At which point, I thought Freddie [Syborn]'s evil vision was more than enough for my child brain to deal with, and so I stuck to the script, as they say.” The actor added that he has, however, started to read it now after the fact. 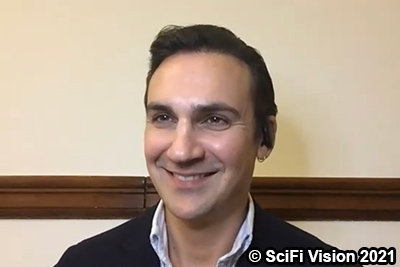 Actress Teixeira felt the same. “[I] quickly realized when we started filming, that it wasn't very useful for [for me] to have, because also the order in which you hear about certain crimes has been switched around, and that's so important to filming, especially when you're filming things in different orders. I couldn't quite work out who knew what when, because they were very different in the book [compared] to the script.”

Lloyd-Hughes told the site that his portrayal was partially inspired by Korean detective films that Syborn had shown them, such as Memories of Murder and Crimson Petal and the White. “It was great to get kind of [the] physicality of the washed out, hard drinking, older detectives that have seen some stuff, because, obviously, for Baxter and Rose, this is not their first case. It's not their first rodeo by any stretch of the imagination. They've been around the block. So, it was nice to be able to see some kind of stylish detectives done really well and to have that lived in quality. And I think with the costumes, with the art direction…[it] feels a bit analog, the world they're in.” 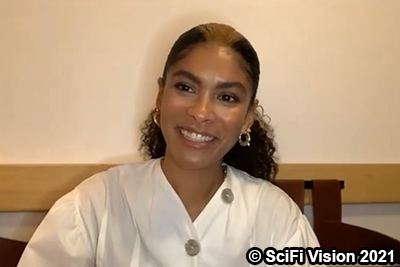 One of the things Teixeira drew from was a Metropolitan Police website in the UK. “I was just reading a lot about [what] people had gone through. They didn't have anything as graphic as what Baxter could have gone through, but it was really interesting to hear kind of the fear possibly that other family members had that these people were part of the police force.” said the actress.

Teixeira also drew from the costume, which she felt was important. “I really wanted to make sure that there was some sort of armor that she could hide behind, and that it was a bit more like a uniform than possibly something that was a bit more casual. Also, I think she could hide behind something that just felt quite sort of structured when her life isn't that at all.”

For more, be sure to watch the full interview below and check out the premiere episode Ragdoll, available starting today on AMC+.