At the end of last season, Chicago P.D. left fans hanging with some serious cliffhangers swirling around Jay Halstead and his partner, Hailey Upton (Tracy Spiridakos). Will Jay find out what Hailey and Voight (Jason Beghe) have done? If he does, will he cover for them? And most importantly, will he accept Hailey’s marriage proposal? SciFi Vision spoke with star Jesse Lee Soffer to find out.

“Jay's a detective,” Soffer reminded us, “so he's probably going to do some snooping and figure out what's really going on at some point, and you're going to see huge fallout from the events of the end of season eight. The stakes are at a ten coming back into the season.”

In our brief chat, Soffer also talked about the Upstead relationship, working with Spiridakos, and his thoughts on a Halstead crossover with Chicago Med. Check out the spoiler-free interview and transcript below, and don’t miss Chicago P.D.’s ninth season premiere at 10 pm Wednesday, September 22 on NBC.

SCIFI VISION:   I have seen the first episode; fans haven't. So, what can you tell us about what people might expect to see with that huge kind of cliffhanger for everyone? 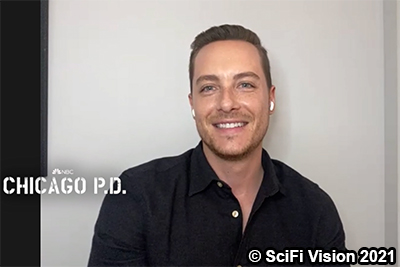 JESSE LEE SOFFER:   Huge cliffhanger. It's gonna be a really exciting start to the season. You know, Hailey is wracked with guilt over what happened with Roy (Michael Maize) and what she did and Voight covering it up, and now Hailey's carrying this secret, and she's keeping it from Jay. Jay's a detective, so he's probably going to do some snooping and figure out what's really going on at some point, and you're going to see huge fallout from the events of the end of season eight. All the while Burgess (Marina Squerciati) is still in the hospital. We don't know if she's going to make it. We don't know if she's going to live or die. The stakes are at a ten coming back into the season.

They sure are. So, Jay is a detective, but he's been very protective and very supportive of Hailey in the past, which, I mean, that's part of his character and part of his history a little bit, I think. So, is that something you think he as a person is able to provide to someone who maybe might let him down?

That's a good question. I don't know. We'll see, if Jay finds out, how he's going to react, and will that change his perception of Hailey and their relationship? Is it going to cause distrust, and what's it going to do? You know, is he going to carry resentment for Voight putting her through this? There's a million ways that the writers can get gritty with this storyline. So, it should be interesting for the fans.

What's your favorite part of working with Tracy?

Oh, Tracy is the absolute best. Super committed. You know, some of the first episodes of this season, the character has just been put through the wringer, and she is so strong. The character's not sleeping, can't eat. She's in such a dark headspace, and Tracy totally went there. So, it's gonna be an awesome performance. I think the fans are going to go nuts.

Oh, great. Great. So, there was a proposal in the in the finale, a proposal happened. If they were to get married, presumably they couldn't be partners anymore.

Interesting. Presumably, you would think. I don't know. We’ll see.

I mean, anything can happen on TV. 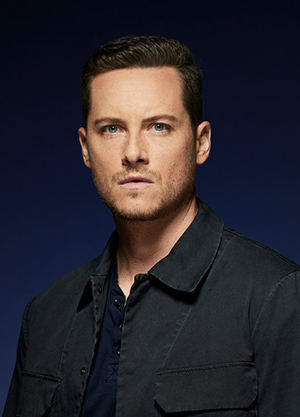 Jay has loved Hailey for a long time, and he wants to be with her, and I'm sure he wants to get married, but once Jay finds out about all of this - if he finds out - then how is that going to play out? Is there still going to be a marriage? Would there still be a proposal? We don't know. We'll see.

Right. So, I mean, either way, professionally, should they get married or should the truth come out, it would impact both of their careers. So, some fans have asked, could Jay and Kate be partners again, or would Jay pursue the sergeant exam? Do you have any sense, or could you tease where his future might go, professionally?

These are all great questions. I have none of these answers for you. [laughs]

No, it's not that I'm good. We get the scripts like two days before we start filming. I have no idea what's gonna happen.

Yeah, I mean, your guess is as good as mine. You know, I open it, read it and try to stay present with everything the character has gone through and what he's living in, feeling right now. We'll see; we'll see. I have no idea. I have no idea. You would think the Voight issue and how Jay's going to respond to that, you know, Jay's gonna take that pretty heavily, and that's a pretty serious thing to put someone through, if Jay finds out. So, is he gonna resent Voight? I don't know. Jay might want to quit. Who knows? We'll see.

Okay, so I won't dig for any more spoilers about the season, but somebody wanted me to ask you, is there a current event or current issue that you would like to see written into PD the way, sometimes that ripped from the headlines kind of thing?

Man, that's a great question. I honestly think that our writers do a really great job of attacking most and all current events. You know, last season we got into police reform really heavily and police brutality, and they're taking big risks, and they're swinging hard at them. I feel really proud and grateful that I get to be on a show that's doing that. So, I would say to anyone that wants to know about that stuff, just keep watching, because it's gonna keep happening. Yeah, it's intense.

Okay. We had hoped to see two of you here today. So, I had a lot of questions queued up about the relationship between the brothers. You know, fans are dying to see a crossover focused on the Halsteads. Jay seems to maybe have grown a bit more. 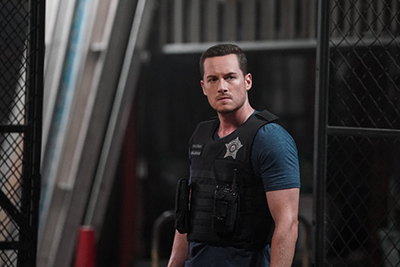 Jay's been through a lot. He's made a lot of mistakes, and he's been very arrogant at times, and it's gotten him into a lot of trouble. He hasn't wanted help from Voight; he's kept things from Voight at times. So, yes, I think Jay is in a different place now maturity-wise with policing that he's got a better concept of who he is and what line he's willing to cross and what line he [would] walk away from. As far as Nick [Gehlfuss] goes, we love working together. Couldn't ask for a better scene partner. We have great chemistry and banter when we're on set. So, if there's a Halstead crossover, awesome. I don't know if it's gonna happen. We'll see. Time will tell.

Presumably, he'd show up at a wedding. If there's a wedding, maybe there needs to be a best man.

Okay, great. Well, I can't wait for fans to see what happens in that season premiere. It was very, "intense" is the word I would use for that.

Me too. Yeah. It's exciting. I'm excited to see how the fans respond. Some might hate it. Some might love it. We'll see.

Great, so all right. Well, thank you so much, and maybe we'll look forward to circling back later in the season.

All right. Thank you.