Exclusive: Christian Camargo On His Return to See

The series See, which recently returned to Apple TV+, takes place hundreds of years in the future after a virus has wiped out most of humanity, leaving the survivors without sight. When it was discovered that a few had the ability to see, Queen Kane (Sylvia Hoeks) declared it a heresy and sent her Witchfinder General, Tamacti Jun, played by Christian Camargo, to find and kill the sighted.

At the end of last season, after Queen Kane admitted to flooding the village and killing her subjects to save herself, Jun convinced Maghra (Hera Hilmar), the queen’s sister, to give her the ultimatum of abdication or death. Kane, however, convinced her sister they would rule together, and with the help of Boots (Frank Drameh), wounded Jun.

In yesterday’s episode, Baba Voss (Jason Momoa), who had been captured and tortured by his brother, Edo (Dave Bautista), discovered Jun alive in a prison cell. The witch hunter told Baba that his wife, Maghra, was still alive, and vowed to help him and his sighted children find her.

Recently, Camargo talked to Jamie Ruby of SciFi Vision in an exclusive interview about his return to the series, including when he found out Jun was alive, pulling off fight scenes pretending not to see, how his character has evolved this season, and more.

SCIFI VISION:  What I wondered if you could start by talking about is, did you know from the beginning that Tamacti Jun was coming back? Because I think you guys knew you were renewed before maybe Apple TV+ even aired last season? I'm not sure. So, did you know? 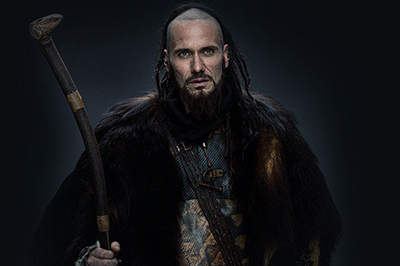 CHRISTIAN CAMARGO:  No, I didn't. I only committed to one season, that first season. So, at the end, it was sort of left as it was, sort of ambiguous. We didn’t know. So, I didn't know until a few months later. Season two didn't start right away, so we had this little break. So, they changed some things and changed the story around a little bit to keep Tamacti around.

One thing I want to ask is, as I watch this, I keep wondering, just out of my own curiosity, how hard is it to not look at things, to not show reactions to things?

Yeah, it took a while; it took a while to get comfortable with it. Now, it's going to be interesting if I ever do another job, to actually look at someone when I'm speaking, because it's become so second [nature] now. So, yeah, it's basically sort of [what] we do it in real life; we turn turn away when we're talking to someone. We're sort of in our head sometimes when we're talking, and we're sort of capturing that, but with the focus of your ear, as opposed to your eyes. So, that has just been training, doing it over and over again, but it is difficult; it's strange.

And when guest stars and things like that come to play, it's always a bit jarring, because there's also that delicate balance between trying to imitate, where you’re doing too much, like “I'm pretending to be blind,” and then just sort of concentrating on, “I'm just going to use my ears; I'm just going to use my nose, smelling. I want to pick another sense to guide myself.” So, it's more of an exercise, because those of us on the show, we never go “Oh, I know what it's like to be blind.” We don't know what that's like, but we use it as an exercise and a guide to the scene.

Can you talk about doing things such as choreographing some of the fights without the characters being able to see, because, obviously, everything's kind of done in a in a different way, the movement and stuff, because of that. Can you kind of talk about just sort of the practical part of that? 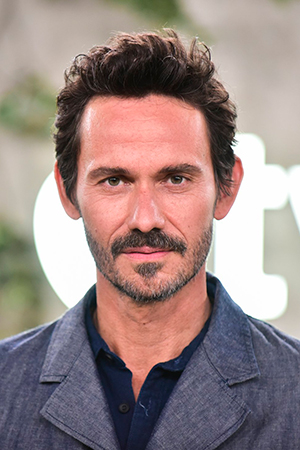 Well, in traditional fight scenes, when you strike, you're striking to hurt your opponent or take [them] down or something like that. Here, we're using a lot of movements to locate before we strike. So, it actually adds a complexity to the fights, but yet, it also adds a kind of, I think, a beauty to it. There's a flow to it to that becomes part of the language. So, it requires a lot of extra movement, a lot of extra physicality when you're dealing with fights.

Then, there's also a kind of suspension of belief. I mean, we are five hundred years in the future. So, senses have evolved a great deal…We're not pretending to be sightless in current times; we're pretending to be sightless five hundred years in the future. So, our ears have evolved, our sense of smell, our sense of hearing, our sense of taste. So, what it means is that we can get by with a little bit more creativity where we can actually find our target a bit quicker than normal, but we still have to locate. We still have to locate with our hands and everything else. So, it's just more complicated.

Yeah, definitely. Although, I think to some extent, you'd want to do that fairly quickly too, because you don't want to spend the whole episode stumbling around.

Right. But that's how I'm thinking about it. I mean, I'm thinking about evolution. Our other senses have evolved tremendously, as people who are blind have. Their senses are extremely more advanced than those of us who have sight.

Last season, Tamacti Jun’s purpose was to find the "witches,” and now that's not the case. Obviously, his job he now thinks is protecting Maghra, but he's kind of had to really change and pivot from spending so many years just searching. How has that changed him and shifted his purpose? And is he okay with that?

Yeah, I think in season two he's not quite okay with it. I think in season one, he was way more front-footed, more active, more like, “I'm going to get these guys.” Then, as we see in season two, he's a bit more back-footed; he's a bit more resolved, disillusioned with the state of affairs and his identity, what he was fighting for all these twenty-some-odd years. He backed the wrong queen, so there's a tremendous amount of disappointment, to say it lightly, in him. So, I think he's finding, in this season, he's trying to find a reason to live, I think.

Is he interested in vengeance against Queen Kane at all, or does he just care more about protecting Maghra?

I think there is a sense of moral code that was always there, even in season one. When the queen said, “Kill yourself,” he's going to go up and kill himself. There's an honor code with Tamacti. That's what makes him not just an evil villain. He's got a sense of moral code, honor, and that honor doesn't die and continues through season two. 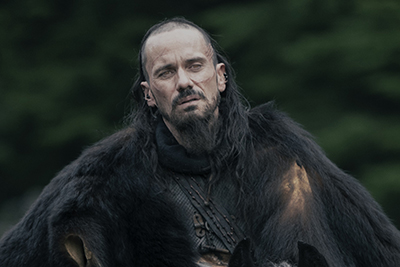 So, part of his mission is to honor the truth, the truth that he has found, that's been put in front of him. So, if he can be of service, fine, but at the same time, he has this internal struggle about, “Should [I] still be around?” That's the internal struggle, but his exterior is, “If I can be of service, if I can help Baba right the ship and atone for some of the mess that I helped create, then I'll do it.”

Could you maybe tease a bit about this Compass group that they meet in the next episode and kind of talk about how they're not able to trust him. I mean, can he be trusted?

I think that is what's unique about Tamacti's relationship to the world of See and then the relationship to the audience is that the audience can see into his conscience a bit more than the characters in See. I don't know, that might sound like a really abstract thing to say, but I feel like the audience knows Tamacti more than a lot of other characters in the show [do] and knows that kind of moral code, that other thing. So, I think the audience probably trusts, him but if he were to put yourself in the world of See, he's a monster to many people. What he did for twenty years, he killed so many people; he ravaged everything. He was a big source of fear to all these people. We see hints of that in season one, but if you were to live with that tyrannical power all the time, of course you wouldn't be able to trust him.
Twitter
BotonSocial por: SocialEmpresa
Category: Interviews