The NBC medical drama, New Amsterdam, which is now in its third season, is based on the novel Twelve Patients: Life and Death at Bellevue Hospital by Eric Manheimer. The series starts when the main character, Max Goodwin, played by Ryan Eggold, who is based on Manheimer himself, becomes the medical director of the New Amsterdam Medical Center and wants to change the way patients receive care. Jocko Sims plays the role of Dr. Floyd Reynolds, head of the Cardiac Surgical Department.

Eggold and Sims recently talked to journalists during a junket about working on the series, how they are inspired by their characters, and more.

The actors talked to SciFi Vision about what they learned from their characters that affected them or changed their lives the most.  Eggold told the site, “It’s a lot of things. I mean, this character is based off of Eric Mannheimer. [He] was a real guy who was a very altruistic, thoughtful guy, very human, very warm. [He] always wanted to be connected to his patients and his fellow doctors and things and, actually, sincerely wanted to create change, positive, forward change, which those people are so few and far between.

“So, to emulate someone like that just inspires you to want to be that way, to want to be more thoughtful, to want to listen and pay attention more, and to ask yourself, ‘How can I be less focused on myself and more focused on other folks and helping and things like that?’ 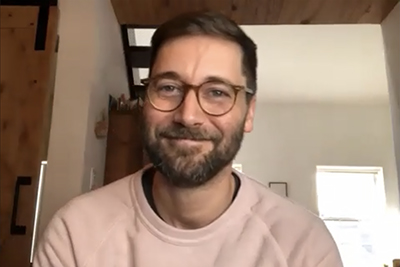 “I think Max really has a journey this season of realizing he's not a one man band; he can't change the world on his own overnight. He's not Superman, and you really need other people. I think that's something we've all experienced in this pandemic, being so isolated, that we really need other people. So, I think that it's okay to depend on each other, that we can lift each other up.”

“So, I'm more artistic. We're both very focused and passionate. He's very, very much a family man; I'm a late bloomer, in that respect. I'm not going around chasing and trying to find the one right now. Other than that, there're some some similarities.” 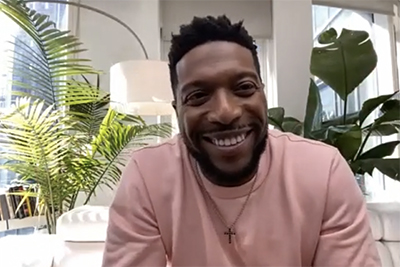 Sims also teased journalists about Dr. Reynolds and Dr. Bloom (Janet Montgomery). “There are a lot of fans that want to see that, and there are a lot of fans who don't. We’re damned if we do; we’re damned if we don't, aren’t we? That said, I can't reveal if there will be any sort of love or romance there now or in the future with with Reynolds and Bloom, but what I will say is what is apparent this season is that there are a lot more scenes, and they will spend a lot more time together, which is very nice after an entire season of sort of drifting apart. So, they will spend spend some time together and figure some stuff out.”