SciFi Vision | Interviews | Video Interview: Alice Braga on the Final Season of Queen of the South

Video Interview: Alice Braga on the Final Season of Queen of the South

Queen of the South returns tomorrow to USA with all-new episodes of the fifth and final season. The series, which is an adaption of the novel of the same name by Arturo Pérez-Reverte, follows Teresa Mendoza, played by series star Alice Braga, the girlfriend of a drug dealer who eventually moves up in the business to build her own drug empire.

Braga recently talked to SciFi Vision and other journalists during a junket for the series where she discussed her favorite parts of Teresa, how her character has changed this season, Teresa’s relationship with James (Peter Gadiot), and more.

The actress told SciFi Vision that Teresa is an inspiration, because she is a survivor, even if she is an antihero. “I think even though it's a character that is an antihero, because she's a drug dealer, and it's kind of on a thin line, I think she's the curing of her own life. She's a survivor. She's someone that was a girlfriend to a drug dealer, a naive girl from a small town in Mexico, and then, suddenly, her life completely [changes] when her phone rings and they say, ‘Run.’


*some video is missing due to technical issues*


“From that point on, she's just on a journey of survival, of trying to understand what's going on and also empowering herself and never victimizing herself through what life's brought to her. I feel that's something that definitely leads in a way, even though this character, like I said, is an antihero; I think it's inspiring to play someone who never victimizes herself and is also the curing of her own life.” 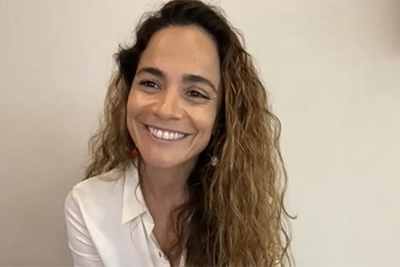 At the end of last season, a lot happened; Teresa witnessed Tony (Julian Silva)’s death, and she’s obviously out for revenge. Braga told SciFi Vision that fans might get a darker version of Teresa in the final season. “I feel like there’s a lot going on. She’s been this character up to this point that she has been trying to survive in this business and trying to rise up to protect herself and also to be empowered, but when she gets into season five, she realizes that a lot of what’s she’s done before, it’s not possible to just keep pure, if you can say that. If you can think in a way, how can you survive in a business like that with some ethic or codes and all that? And I think it's time that she's making the decision, and that's why we saw in the trailer she's saying, “I'm done playing games.” That's it. Enough. Enough is enough. Enough of this racist judge coming after me. Enough with his man just trying to overpower me. Enough with this insanity, enough with trying to be good. Now it's time to go full on, and I feel season five is a lot about that. It's a lot about her arc on getting to the end of what we saw in the last four years.”

Teresa and James have such great chemistry on the series. She teased journalists about what’s coming for the two of them this season. “I think that he is definitely her ride or die, and so much goes on. I mean, they say goodbye, he goes away, then we see in season four he comes back in a very unexpected way, and then we carry on in season five with so much going on, because there is a lot going on that is explained, because she’s rising up in the business. He’s been a mentor for her entire life, so how they can deal with this new phase in their lives where their relationship is so hard, because love in a business like hers is not possible. So, there’s so much going on in the relationship; I think the fans are going to like it. I’m absolutely excited about their reactions.”

The actress told SciFi Vision she was not surprised that this season would be the last, but she was surprised by some of the storylines and really thinks fans will be happy. “I knew it was going to be our final season. We've been working on it and writing it for the past year and a half, kind of preparing what it would be. So, it was interesting. I was surprised, not that it was our final season, but I was surprised with what the showrunners were bringing and how they wanted to develop that storyline. But it was exciting just to to find out how I would get there and what challenges it would be for her to become that, to get that throne, to get that seat that is the business, the powerful woman that is a drug dealer, someone that came from Culiacan as being a money changer to becoming this powerful drug dealer. It's been a fun ride. Definitely, it's been it's been a fun ride.” 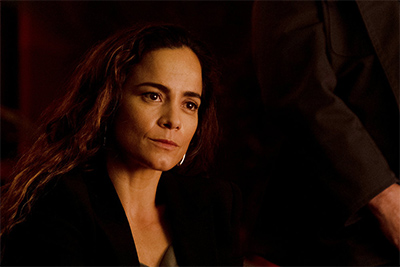 Being the end of the series, Braga was able to keep a piece of the show. She told the site, “I had to keep her white suit. [laughs] Impossible not to, right? That was something that as soon as we were finished, I was like, "I need this," and they were very sweet. They gave it to me, so I can always have a little bit of Teresa Mendoza with me.”

The actress told journalists that it was an honor to play Teresa for five seasons. “I think it was an definitely an honor to be able to play a character for so long. I had never done TV before I did this show. It was my first television experience and not in my biggest dreams did I think it would last for five seasons. So, it’s been such a blast and an honor to play a character [when] I was already a fan of the book when they invited me to do the pilot of the show. To be able to play someone that is a strong woman, that is a Latina, that is someone that doesn’t victimize herself on tv, it was just a blast. So, I’m definitely taking that with me for the rest of my life.”

Braga has enjoyed the challenges the role has brought to here, and she hopes to continue to challenge herself with future projects. “…It’s been such a long ride. While I was playing Theresa, while I was doing Queen of the South, I kept doing some movies along the [way], so it’s been really, really interesting to find a desire of what is next after five years playing that same character. I’m really excited to play a character that challenges me in as many ways as possible. I think, as an actress, I want to explore new things, so I’m very excited to just open the doors and then see what’s out there.

“I’m releasing Suicide Squad in August. I just released Soul, which was a voiceover, you know, which was just my voice in the film. So, I’m really excited to explore challenges that might come. It doesn’t matter if it’s TV or film, just characters.”
Twitter
BotonSocial por: SocialEmpresa
Category: Interviews