Video Interview: Milo Ventimiglia Talks NBC’s This is Us

Recently, the hit series, This is Us, returned to NBC with all-new episodes. The series follows the lives of three siblings, Kevin (Justin Hartley), Kate (Chrissy Metz), and Randall (Sterling K. Brown) and their parents, Jack, played by Milo Ventimiglia, and Kate (Mandy Moore). The show is told during the siblings adult lives, but also takes place in flashbacks from when they were younger, as their father was killed when the children were teenagers.

Star Ventimiglia recently talked to SciFi Vision and other journalists during a junket promoting the series about working on the show, his inspirations, who he would love to have scenes with, and more.

Ventimiglia talked to SciFi Vision about his inspiration for Jack. “[It was] two people very close to me: my father and a kid I grew up with who still remains one of my closest friends, my buddy Aaron. He's a dad, and he just reminds me of the dad that's always chasing time with his kids. My father was very much like that, and when I play Jack with the twelve-year-olds, I remember back to my dad coming and going from work in a tie, showing up to sporting events, really doing his best as a father to make sure he was giving us what we needed to hear, to grow and to hopefully be good people. But beyond that, I know, my dad, there were moments where it's like I personally just didn't want to disappoint him, because he was such a larger than life character to me. Then, I see the same thing with my friend Aaron, with the way he raises his kids, and he just wants time with his kids, which I know is a huge thing for Jack. It's all he's ever wanted. 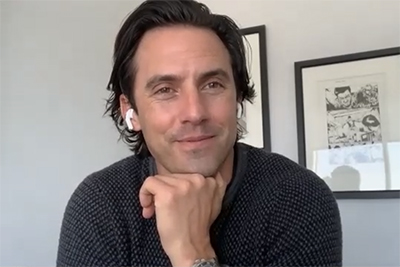 “So, I definitely draw inspiration from those two men in my life, but then there's so many different people. I've got a lot of friends who have dealt with alcoholism; I've got a lot of friends who've been been to war. There's absolutely something I can draw on, an honesty, in their character and who they are as human beings, real people, that I always try to plug into Jack.”

The character of Jack may be a memory now, but viewers have still seen so much of him, and the actor is fine with his scenes supporting others. They are all part of the larger story. “…We've spent so much time with Jack, so much time with him as a father, so much time with him as a husband, so much time with him as a friend and a soldier. We've seen his shortcomings through alcoholism and his perseverance and his struggle through that. Knowing all of that, that we have had very Jack-centric storylines that are discovery for just him, I'm also perfectly okay sitting in a role that is supporting the stories of Kevin, Kate, and Randall, supporting stories in the past from his marriage to Rebecca, the memory even that Miguel (Jon Huertas) has of his best friend. So, I'm sure maybe to the audience it may feel like we're missing a little bit of Jack, but I think almost like that speech that Kevin gave to his nieces in season one in episode five, everyone's always a part of the painting. No one ever leaves it. So, whether it's one scene where Jack pops up and makes an impact or something, or if it's just literally a memory, or it's something that's much larger, I think Jack will always be around all the way until the very, very, very last moment of the show.”

As Jack is gone in the main timeline, memory is a very important part of the series, as is the passage of time. According to the actor, “I remember there was a conversation, I can't remember which episode, but Sterling and Justin, they were breaking down the apartment building that Randall picked up that used to be William's and rehabbing it, and I remember they sat and they were taking a break. I can't remember who said it; it might have been Randall. He said, "You know, dad's been gone for 20 years," and to understand that, that passage of time, was huge. I don't know about you, but I know it happens to me where something, a visual, [a] song, a smell, anything will just trigger a memory, and all of a sudden, I'm sitting exactly where I was in that moment. I'm always grateful to be reminded of things, the good and the bad, the pain and the pleasure, but it's such a wonderful thing that, hopefully, with relating with the show, but also just us in general, as people, we get to hang on to as many memories of our lives as we can.”

Since his character is not in the main timeline, there are some characters Jack has not been in scenes with so far, such as Nicky (Griffin Dunne). Ventimiglia would love to get to work with him and others, but it’s not up to him. “The one part that I mourn on this show is not being able to truly work with the rest of the cast. I think the first time when I got to work with Sterling, when he had that trip in season one, what a joy, because I'm a fan of what he did. It continued, of course, with Justin and Chrissy, but I don't even get a chance to work with Susan [Kelechi Watson] or Sully (Chris Sullivan), which is a bummer. I don't know if there's a pecking order by the time we get to Griffin, but I definitely have a list of of actors I'd like to work with.”

The actor, however, does get to interact with more of the cast when he directs. “I directed an episode last year. I'm hearing that I'm lining up to direct another one this season. So, for me, even if I don't get to share the screen with these actors, hopefully I can at least work in a creative capacity behind the lens and really get the best out of them. So, yeah, I don't know. I mean, I think that'd be great. [It would] be great to do something with Griffin, but I'm beholden to what the scripts are.” 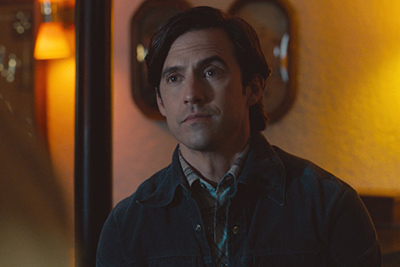 Next season could be the last, but Ventimiglia does feel that we’ve gotten to know Jack with what we have seen. “I think we know who Jack is at this point. I think we know who he is. The day-to-day, there are still moments to uncover and discover. If the writers are finding more to surprise the audience, I think that's great. At the same time, I feel like we played a lot of them, and there's always something that we can learn from Jack relating to the other characters…This season and last season, I feel that Jack has been utilized more in that than discovering storylines for himself is really how he has impacted other people, or his kids, his wife, his friends, his brother. So, knowing all of that, I think there's still things that are going to be fun to see, but I think we know who Jack is. We know who he is.”

The actor also told journalists that he’s learned things from all of the characters on the show. “…Sitting at the very top of that is always William (Ron Cepheus Jones). There was something that really impacted me deeply when he was still alive and he was having a conversation. I think it was with an actress that Kevin brought home for a dinner that was played by Janet Montgomery, and I think she was like, ‘What's it like to die?’ She was asking as a performer, and he was answering as a human being, and he said, ‘It's like trying to hang on to smoke,’ and how he always just [tries] to hang on to those experiences as best he can and embrace them. I think that's something that reaffirmed the way that I try to live. I really try to hang on to the experiences and be present and not look too far in the future and not too long in the past.

“But I think William has been a bigger impact on me, thinking about it, but also, strangely, I can relate to Kevin. I can relate to Randall's stuff; I can relate to Kate. Even the love that Jack shared with Rebecca, I've been in those moments myself. So, I think there's something to learn from every character, and it's not just the character you feel closest to.”
Twitter
BotonSocial por: SocialEmpresa
Category: Interviews