Debris, which airs Mondays on NBC, follows CIA Agent Bryan Beneventi (Jonathan Tucker) and MI6 Agent Finola Jones (Rian Steele) who work as partners at Orbital, a coalition formed between the two agencies to recover and study the effects of fallen debris from an alien spaceship. Norbert Leo Butz plays the part of Craig Maddox, Bryan’s handler at the CIA, and Scroobius Pip plays the part of the mysterious man working for Influx, Anson Ash. So far, not much is known about either character.

Recently Leo Butz and Pip talked to journalists during a junket about working on the series and teased a bit about their mysterious characters.

We still don’t know much about the group that Pip’s character is part of, Influx. The actor talked a bit to SciFi Vision about the mysterious group and their connection to Finola's father, George Jones. “There's basically a lot to learn. I think we've already teased, as Craig and the team are finding out, Influx [is] bigger than they may have appeared at first. It's not just a few guys in dark tones and moody facial hair. There's a lot more going on. There's a lot more going on behind the scenes.

“And the mystery is what the involvement is with Finola's dad, George Jones, and if it is George Jones. Obviously, the debris can do a lot of things. If there was a piece of debris that could reanimate the person who knows more about debris than anyone else in the world, I'd imagine Influx would be interested in that. Equally, if there was some way of faking a death, I'm sure they'd be interested in that. So, there's a lot to figure out in that world, but, yeah, we're very closely connected.” 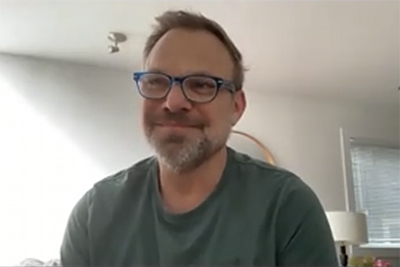 Recently on the show, we’ve seen Maddox talk about trading debris with another country, but it was hard to tell whether it was government sanctioned. Pip stressed that no one should trust Maddox, and Leo Butz agreed. He told the site, “I agree 100 percent, even though he's my guy, Craig is. I think I'm getting a handle on why he does the things he does…He cannot be trusted, nor can anyone that does this kind of high-level, special op intelligence work. This is something that keeps coming up in the conversations over and over, and it's part of the world that I find the most fascinating - the ability to almost split your identity in half. At the same time that Maddox [really] cares for Bryan, wants the best for him, mentors him, you know, [there’s] this idea that in this world, I would have no problem if I found out that he was working for another agent, having somebody put a bullet in his head in five minutes. It's that ability to compartmentalize [and] always be thinking strategically.

“Most people couldn't do that. Most people form human attachments and get emotional. I'm not saying that these people don't have hearts and minds, but in the world that [we] live in, because the stakes are so high, we're trying to save the world, the history of the world. If you take it to its natural end point, that's what we're trying to do, right?

“So, he can't be trusted in that way, and that's the job description.

“I was reading this really great account of a character that was kind of like a medic who was doing sort of IT spy work in the Middle East during the second Gulf War. He was saying how at any given time, no matter what country he's in, no matter what nefarious people he's dealing with, no matter how complicated, the guy could, in under one minute, pack a suitcase and be gone for forever from the thing that he was working on. One minute to leave an entire life and identity behind and start another one, and this was an actual account I was looking [at]. You know, a haircut, a shave, change the mustache, put the hard drive in whatever, get on a plane, and you're gone. If you can't turn around and become someone else in less than one minute, they were saying, the work is not for you. That's a really hard thing for me to get my head around, but that's who Maddox is. So, yes, I agree. He cannot be trusted.”

The two talked about what makes the series a must-watch for fans. Pip said to journalists, “For me, the thing that's been exciting, is the high sci-fi concept, is bringing people in, but then the spookiness of it is catching people off guard a little bit, and it caught me off guard a bit. I think it's far spookier on screen than it may be read in the script. That's been a nice surprise. Each episode feels like there's some genuinely scary moment, some uncomfortable moments, at least.

“So, I think that that's a really cool element of it, obviously, drawn in by the idea of this debris that's landed all over the world. Each piece has different properties, so you know that there's going to be a different mystery and a different adventure each episode, but then there's also going to be almost the modern version of the space race, that each country and each government and non government are trying to get control of this new technology. So, yeah, it's a lot of fun.”

Leo Butz agreed. “…Eerie is a word I keep using…which is an interesting word. It's very specific, something eerie. It's not quite scary, and it's not quite strange. It's in that sweet spot between.

“Other friends of mine have noted, as they've texted me about the show, there's like a melancholy, a kind of a torpor that kind of hangs over the show, and I love that. I think it's really beautiful. You can't help but watch it in the time that we're in, which is this bizarre, isolating scary time. So, the show, for all the fiction in the science, it feels real to me. 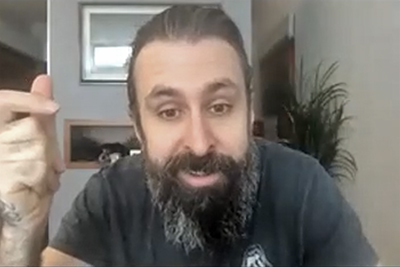 “In that episode [“In Universe”], that opening shot with the guy breathing in the air, and then his lungs collapsing, the hairs on my arm stood on end. It seemed like some sort of a parable for what we're living through. And because of Finola's quest to come to terms with her grief over her father, there's this low level grief that underpins the show. That's interesting in a show about science fiction, IT, and time travel and all these science concepts. That underneath it is this kind of brokenhearted young woman is very beautiful to me.”

They each also talked about their initial thoughts reading the first script. Pip told journalists, “The excitement of the potential, of the fact that this debris can essentially do anything, and then throwing that into the reality of the world and trying to look at how governments would react, how the public would react, how people like Influx, who are maybe anti-government or anti-global control, how they would react and how people with that mindset would come together. So, all these things started to then unfold and that was hugely exciting.”

Leo Buts enjoyed the script as well. “I couldn't stop [reading]. The first rule of thumb when you're reading a script - and I'm old, I've been at this a long time – is you know really by page three…You just know if the tone is set [and] if you're captured right away, and this script definitely did that.

“In the pilot episode, there wasn't a whole lot written for Maddox. I loved the script, but I'm like, ‘I don't think there's enough to work on to move my whole life to Vancouver.’ So, it wasn't so much what was in the script, but I actually got to meet Joel Wyman and got to talk more about the whole arc of Maddox, about the whole journey that he goes on. So, it wasn't in the script, but he pitched it to me on a Zoom meeting, and I was really riveted, and Joel is infectiously smart and energetic, and you can't help but get excited with him. He said, ‘Look into these ideas.’ So, it was really Joel and the chance to work with him.”
Twitter
BotonSocial por: SocialEmpresa
Category: Interviews