Wynonna Earp follows Wyatt Earp’s great granddaughter as she fights demons and other creatures. The series is currently in its fourth and final season.

In preparation for the last few episode of series, which continues tonight on Syfy, Melanie Scrofano, who stars as the title character, and Tim Rozon, who stars as Doc Holliday, talked to journalists during a junket earlier in the week and teased a bit about what’s to come.

SciFi Vision asked the actors if fans will get anything more on their daughter, Alice, before the end of the series. They couldn’t really say much, but according to Scrofano, “Alice is always there in spirit, so everything Doc and Wynonna do, she is with them. I think she is the layer that is always there even if you can't see her, which kind of heightens Doc and Wynonna's relationship to a place that, for me, is so touching, because they're bonded forever by this beautiful little spirit. So, she's always with them.” The actress then joked to just “picture somebody who looks like both of us.” 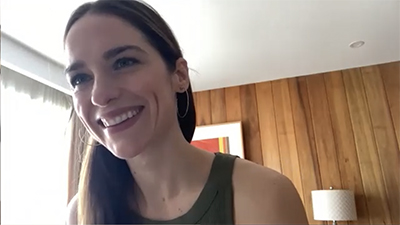 Rozon agreed and added, “I think that's that's pretty much it…No matter where Wynonna [and Doc] are, Alice is something that they'll always have that will, in some ways, bring them back to each other in some form or another, just the thought of that. I think Mel said it perfectly. She's always there. She's a part of both of their lives.”

Journalists also hoped to hear about a #Wayhaught wedding, but again, the actors were'nt really able to answer. Scrofano just said, “I think it's safe to say that I had an incredible time filming the last few episodes of the season, and I think it's some of the best stuff we've done on the show. I think our fans are incredible and will be very happy.” 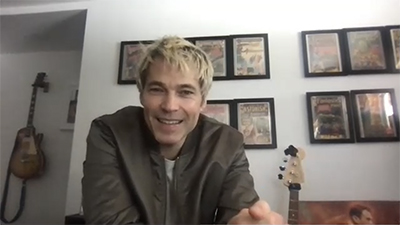 The two did say, however, that they would love to revisit Wynonna Earp, and a movie would be something they would be interested in. Scrofano said, “I love the idea of a movie, just because it's self contained. You know when it starts; you know it when it ends. You don't have to wait to hear if you're coming back. It's a movie. My biggest fear of not coming back is losing these people who have become so important to me in my life. So, any excuse to get back together is pretty wonderful. So, yeah, I'm down for a movie for sure.”

Rozon is down as well. “A movie sounds amazing; [it] sounds about right…I'm so proud of what we did in the four seasons. No matter what it would be, it would be different no matter what, because in some ways, one part of the story has been told so beautifully. Whatever the next chapter would be, I'm easy. I'm down.
Twitter
BotonSocial por: SocialEmpresa
Category: Interviews