Manifest, which premieres its third season tonight on NBC, follows a group of passengers of who return home to discover it is over five years in the future, and they have been presumed dead. Soon the passengers start having what are called “Callings,” or guiding visions and voices that help them predict the future and lead them into a deep mystery and often danger.

Stars Melissa Roxburgh, who plays Michaela Stone, and Matt Long, who plays Zeke Landon, recently talked to SciFi Vision and other journalists about season three and even teased the shocking finale.

At the end of season two, the tail fin of Flight 828 was recovered from the ocean near Cuba – the tail of the same plane which returned with the missing passengers. This mystery will play a big part in season three. Because of the recovery, the passengers find out there is a lot more going on than they first thought. Roxburgh told SciFi Vision, “I think even for the passengers, in finding that tail fin, it's terrifying, because why is it underwater? What does that mean for us? So, not only for just society viewing the passengers, but for the passengers themselves, it's not a simple thing to discover, because where's the rest of the plane then? Where are we?” 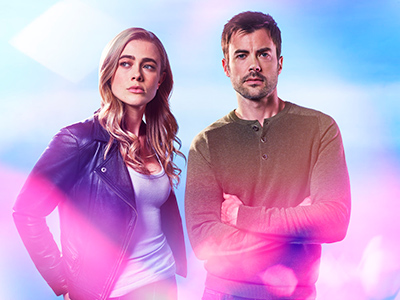 Long added, “There's a struggle too to try and contain the existence of this tail fin, but it's not contained like people [want] it to be in the first episode of season three, and it is a major player throughout the entire season.”

Because of this, some of the characters' ideas of what really happened to them start to change this season. Long told the site, “At the end of season two, we think, ‘Well, we do have a piece of the puzzle, but the midseason finale reveals that it's not quite as simple as we thought it was.’ That has ramifications, for not only the passengers on 828, but everyone in the show, really, because we all are invested in their story and how they're going to beat the death date themselves.”

“However, going into season three, it's really not as clear cut as that. There are many loopholes and side things that you need to do. So, it's still an ongoing mystery of like, ‘Do we even survive this at the end of the day?’ Zeke's character does survive, but then, going into season three, what does that look like for him? Is he back to normal? Is he still dealing with things? What does life look like even after the death date?”

The actor teased journalists a bit about what Zeke’s life will be like this season. “Zeke comes back sort of reborn, but he doesn't come back completely normal. He doesn't have Callings anymore, but he does have this other sort of supernatural thing that he has to deal with now. So, a lot of the season three story for Zeke is him trying to get a sense of normalcy in his life and in his relationship, which is something he didn't have in his previous life.” 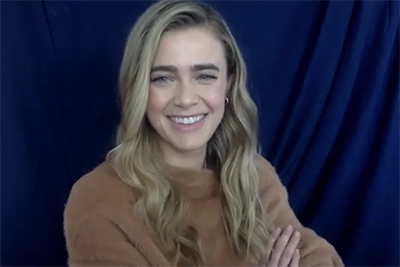 This will change the dynamics of their characters’ relationship, according to Roxburgh. “It's interesting, especially for Michaela and Zeke, because they bonded over this shared experience. Then, in season three, it's not quite as shared, but it is in other ways, which is better in a lot of respects, but it's still a dynamic that they're having to navigate in bad ways as well.”

Manifest is a show that has a lot going on and can be confusing at times. The actress admitted that she used to ask the writers what the endgame was. “I used to, and now I've realized I'm not smart enough to know what's actually happening, because they are so creative and the mythology of where the answers come from is so complex that it is a mystery, even for us on the show going through it. The twists and turns get confusing for us even sometimes, which is awesome, because it just shows the the depth of what these writers are putting together.”

Long doesn’t ask them a lot either. “I like to find out with the character, unless there is something that may inform what I'm playing in that episode or in that scene, but I do kind of want to know the end of the thing.”

The creator, Jeff Rake, does know the ending the show is building to, according to the actor. “From the beginning, when he pitched the show, before he had even written the pilot, I think, when he was pitching it to the studios, he had a framework, an outline and an idea of where it was going from point A to point Z at the end of six seasons. So, he knows the answers.”

Roxburgh agrees. “It's funny, actually. Being at the end of season three for us filming, I'm starting to notice there's things from season one and season two that he's subtly tying back…I just think it's really cool that they have this six-year plan for the show, and they've woven it together very specifically.” 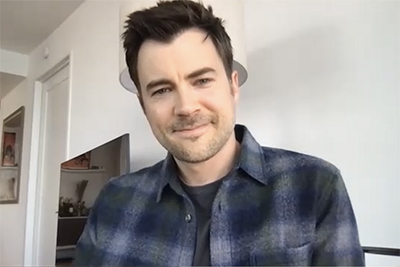 The actress did say, however, that although he’s mostly stuck to the overall “skeleton” of the storyline, COVID did change it in the sense of how they shoot it.

Both of them hope that the show will continue into season four. Roxburgh said, “I'd love to continue telling the story. I think at the end of season three, the audience is going to be really shocked, really, really shocked. So, if it leaves the audience there, I think we'll get in a lot of trouble.”

The actor added, “The fans would be really upset for sure. We don't know about season four yet, but hopefully it won't be too long before we find out. Once the show starts airing, the networks always want to see how it does, and fingers crossed, we keep our audience and maybe even grow some. We've got a new day and time, and everybody's really excited about that. So, hopefully that helps us out even more.”
Twitter
BotonSocial por: SocialEmpresa
Category: Interviews