Tonight Syfy premiered its fourth season premiere of Killjoys, entitled, “The Warrior Princess Bride.” In the episode, Dutch (Hannah John-Kamen) is telling Khylen (Rob Stewart) about a memory, which we get to see, of how she met John, played by Aaron Ashmore.

Recently, Ashmore talked to SciFi Vision in an exclusive interview about his work on the show, including tonight’s episode. 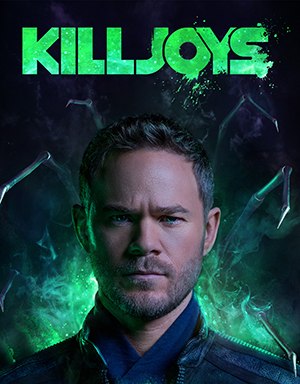 How much fun was it to be able to go back and do sort of an origin story of your character and how he met Dutch for the first episode?

AARON ASHMORE: In season three, when we did a bit of a flashback, I think the fans really enjoyed it, and I think it made all of the creative team also think it would be fun to explore a little bit more.

And it was so fun to play the dynamics between Dutch and John slightly different, because they didn’t know each other as well, and I think that things were just a little different. So, it was fun to go back and create that, and I think it’s going to be really fun for people to watch.

[laughs] I think that they just wanted to do something that obviously made John look a little different, so we could read the difference between the two. I loved that they sort of went for this kind of more rock and roll, glam look, which is so not John at all. [laughs] I think as far as anybody, he usually gets the most utilitarian clothes and just the most basic sort of stuff, so to have him in this sort of over the top rock and roll look was awesome.

I don’t know why he lost it over the years; I never figured that out. [laughs] I thought it was a really cool look, but at some point I guess he decided to grow up and be a little bit more simple [laughs] with his look, but that was another fun thing to get to play with, the slightly different makeup and the clothes and hair and that. 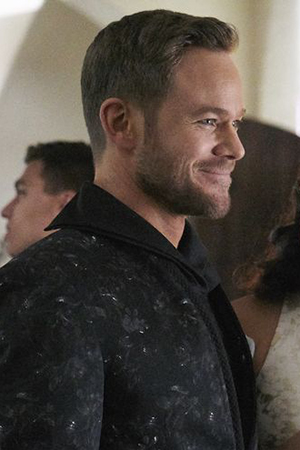 Acting-wise, did you consciously do anything different to play that earlier version of him, or maybe look at any old footage or flashbacks, or anything like that?

The one big thing that we were just trying to stay focused on, was that these characters don’t know each other as well. It’s kind of different. It’s kind of difficult to play not knowing somebody when you’ve had all these years and all these scenes and all this stuff built up, and you know the other actor very, very well. It’s more difficult than you would think to sort of rip all those things away, all those experiences that you’ve had together, but that was really the crucial thing that we were trying to do, to sort of create a slightly different dynamic between the two, that they hadn’t had all this experience.

And it’s hard for me to say if that was achieved, but I hope it was, because that was really our goal, just to play the relationship slightly different.

Towards the end of the episode, when John is talking to Dutch, they basically make a pact that if they don’t like being killjoys, they will give it up after two years. I’m just curious, in your own opinion, do you think he’s thought about it? Do you think that during those first two years or even later than that, that he wanted to stop? And if he did, what would he being doing if he wasn’t a killjoy?

I think that’s going to be a little bit of where John’s at, is that I think once they save the world, after all this is said and done, I don’t think that he will want to be a killjoy anymore. I think that he’s sort of outgrown that a little bit, and we don’t play that so much. We’re not seeing that, but I think in my mind, that’s where John is at. He’s seen some pretty terrible things. I think that he on some level is going to want a simpler life and to sort of strip the stuff away, because how long can you keep flying along fighting all the baddies in the world?

And I think that we saw it at the end of season three. I mean, John would be happy to have a farm somewhere and just be, you know, living a bit of a quieter life, and maybe settle down with somebody. I don’t know who that would be, and we may not see that in the show, but I think that he’s definitely thinking about what would be next after they save the world, and it may not to be to continue to be a killjoy.

Is your character going to get any romantic interests this season? 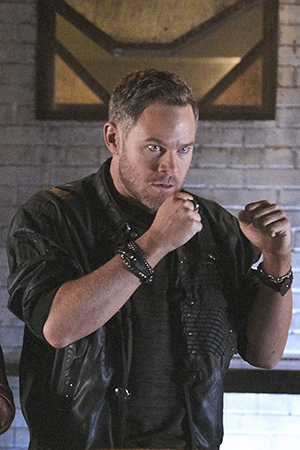 There’s not a lot of room for love, I would say, while we’re chasing and trying to track down the Lady and go to war, but I will say at the very end of the season there’s a very surprising romantic scenario that I think will be big. Nobody will see it coming; let’s put it that way.

Do you have a favorite episode this season that you can tease?

I actually really like the very end of season four, how it ends. I think the scene is really cool and really fun, but, yeah, I can’t say anything other than I really, really like the way that we ended the show for season four. So, that’s a super huge tease people will have to wait for. [laughs]

It’s quite far away.

It is, but honestly, that’s the first thing that popped into my head.

There’re tons of great scenes; there’s tons of great stuff throughout the show, but again, I just love how sometimes the writers just throw these twists, and I just don’t think anybody is going to see it coming, so it’s going to be very interesting.

Are there any guest stars coming this season that you can tease?

I will say that we get quite a few of our very favorite reoccurring characters back this year. All the crew is back, which is amazing. And some of those characters have expanded roles. Our friend Pip (Atticus Mitchell) is back and has some really, really good scenes this year. And of course Kelly [McCormack], who plays Zeph, is back. Thom Allison who plays Pree, Sean Baek who plays Fancy, Patrick Garrow who plays Turin, Mayko who plays Delle Seyah, and I’m probably forgetting some, but we got all sorts of awesome characters that come back. Our supporting cast members do an awesome job this year.

Do you have a favorite line this season that you can tell me about, and if not, then from the first three seasons? You guys always get great zingers.

To be honest with you, because we’re shooting season five now, the particular one-liners from last year, I can’t really remember. 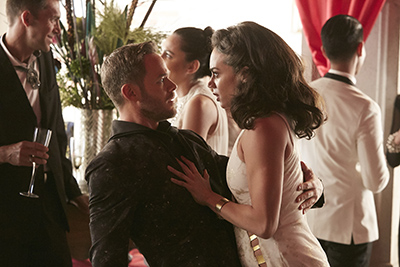 **Be sure to check out part two of this of this interview to hear more from Aaron Ashmore**
Twitter
BotonSocial por: SocialEmpresa
Category: Interviews