Exclusive: On the Set of Warehouse 13 - Aaron Ashmore

Tonight a great show comes to an end as Syfy airs the final episode of Warehouse 13. Last August Aaron Ashmore talked to SciFi Vision in an exclusive interview about the final season.

Ashmore first joined the cast of Warehouse 13 in season three. The actor talked about how Steve's journey has changed this season now that he has been a part of the warehouse for a while. "I think it's a transition. I mean, the other characters have had two years up on Steve, so he was jumping into this thing. They'd already been together, so I think definitely before the season Steve had found his place at the warehouse, had built up connections with the characters, and became more comfortable with himself, and with the warehouse.

"And I mean, it's a continuation. I think by this point Steve is part of the warehouse and he's come to terms that this is his family; this is his home. So there's less of sort of that development and finding like 'do I belong here?' I mean, I think he's kind of discovered that by the end of the fourth season. 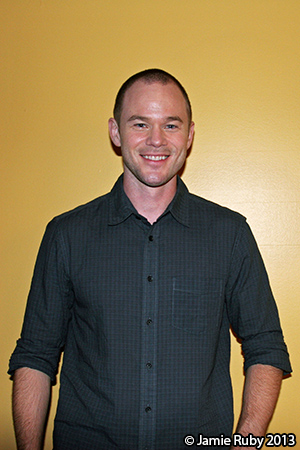 "So it's really kind of just jumping in and saving Claudia (Allison Scagliotti), basically, and trying to save her and save the world, as we always do in episode one of every season. But I think as far as fitting into the warehouse, I think that journey really happened last year for Steve, and he's comfortable now and he feels like he fits in, you know, as much as he ever will."

The actor talked a bit about the themes this season. "I think there's definitely a celebration of what we've created and all of us sort of trying to wrap it up in a way that is nice for the fans and also nice for us for these characters. And I think that's the awesome thing, that at least we came back to do these six episodes; we do get to wrap it up I think on [ours and the writers] terms. I think that they really got a chance to finish it off the way that they probably really would have liked to. I mean, maybe we could have done thirteen, stretched it out a little bit, but all in all I think we all get a really, really good goodbye, and I think that the fans will really appreciate that too."

Ashmore has some favorite props on the set, some of which he will be was able to take with him as souvenirs. "I definitely am trying to get the metronome, and I talked to Allison, because she sort of wanted it, and there was a bit of a back and forth about who's going to get it, but I think that she might let me take it, so that would be cool.

"There's a chair in Artie's office that I love; it's just like this big leather chair that I have no idea, it's probably like some $10,000 chair or something that they're going to be like, "Sure, yeah, you can buy it." I'd be like, "Ah I don't love it that much." 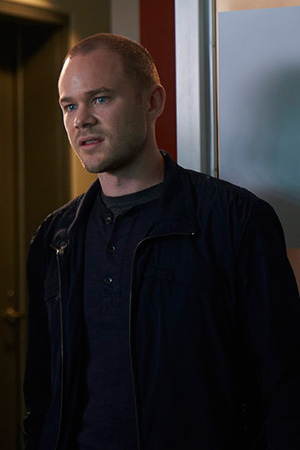 "But yeah, there're a lot of little things and stuff. It's a funny thing. Even wardrobe - like I really like how Steve dresses, so I want to get some of the clothes, but then I'm also like, "Is it going to be weird if somebody saw me?" and they're like, "Aren't you just wearing your costume?" You know? It's like that's sort of a weird thing. But hopefully I get a few things."

There are also of course things professionally and emotionally that Ashmore will take with him. "Professionally, I think that me jumping into this role was difficult, because it was such a well-established show, and I'd never really done sort of comedy stuff that much. Not to say that Steve's the funniest character on the show, but just jumping in and being able to work in that world, I was very worried and sort of uncomfortable coming in. So for me, what I'm taking away is that I can do it. I've been able to kind of jump into something that I hadn't done before, and make it work. And obviously they liked what I did, because they kept me around for three years, so that's a good sign.

"Emotionally, I think it's the people. It's such a lovely set, and of course there's always tension and stuff at times, because we're working, and we're having to create these new giant worlds, and trying to cram them into eight days, and make everything work, so it's still a work environment, but it's probably the nicest working environment that I've ever been to. So you form really strong bonds with people. The difficult thing is, you don't know when you're going to get to see them again. We all go our separate directions. I live in Toronto; everybody else lives in LA or New York or whatever. Luckily, as far as crew and stuff, I know if I work in Toronto I'll bump into them a bunch, and do some of the conventions and that and bump into Eddie [McClintock] and Saul [Rubinek], but it's just difficult, because you just don't know when you're going to see everybody again, and that's kind of tough, you know. But in this business, that's the way it works; it's always that way, but when it comes to the end, it's really difficult to say good bye to everybody."


*Due to technical difficulties only part of the video was recorded. I am working to clean up the audio to post.*
Twitter
BotonSocial por: SocialEmpresa
Category: Interviews