Exclusive: On the Set of Warehouse 13 - Joanne Kelly

This August SciFi Vision had the opportunity to visit the Warehouse 13 set. Joanne Kelly, who stars as Myka Bering on the show, sat down to talk with SciFi Vision in an exclusive interview.

There is quite a lot going on in the final season of the series. "I kind of explained it when I was at Comic-Con; it's as if Jack Kenny our showrunner was packing for vacation and he stuffed as many things in the suitcase as humanly possible. It's like he sat on it and just stuffed the episodes so full. There's so much that happens in just six [episodes]." 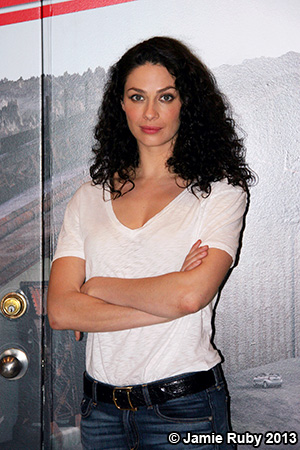 Kelly strives to keep her work challenging. "I think the trick is to find it challenging, that you find challenges every day. I try to work on something different actingwise. I'll try and find moments and scenes to kind of keep me engaged and keep me constantly on my toes." 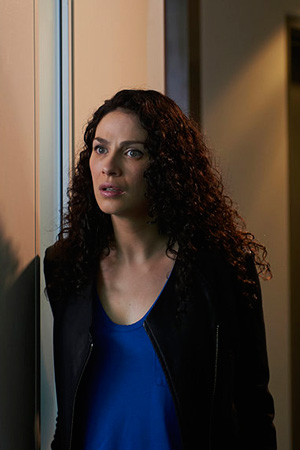 The cast members were all able to take something from the set. "We call them Muskoka chairs. They asked us what we wanted and I wanted the suit of armor at first, but it was rented. And then I got some deck chairs because I don't really have any patio furniture. I'm very practical."

Stay tuned for more Warehouse 13 interviews and coverage and don't forget to check out the rest of the exclusive photos from the set visit!
Twitter
BotonSocial por: SocialEmpresa
Category: Interviews