Brain Games has been a hit since it premiered three weeks ago on the National Geographic channel. If you haven't seen the show, be sure to tune in to a special one-hour ago episode this Friday night at 9 pm on FOX. Brain Games: Blow Your Mind will do just that, using interactive games to take you inside our most complex and mysterious organ.

The host, Jason Silva recently talked to SciFi Vision in an exclusive interview.

After five minutes chatting with host Jason Silva, it was easy to see it was not a typical science program. He described Brain Games as a "pop science series that uses perceptual experiments, optical illusions, and interactive brain hacks to create a crack in your perception of reality."

"In other words," he explained, "to create that feeling of doubt, that feeling that what you see is not always what you get. Your brain is telling you something different than what you know to be true. "

How does this happen? Why do we fall for tricks like optical illusions?

"The brain is a perceptual apparatus," Silva told us. "It takes in incomplete information from the world and it tends to complete that information, often with erroneous results. And so it is by highlighting these shortcomings in the brain that we create an experience that radically pulls viewers out of their comfort zone and forces them to gawk in amazement at ubiquitous everyday wonders."

Friday's special is a double feature, a mashup up of two episodes that explore how the brain perceives time and motion. "Some of the things we're exploring," said Silva, "are popular notions like why does time fly when you're having fun or why does time appear to slow down when you're really bored?"

He described a segment involving professional bull riders, who must stay atop an angry bull for eight seconds. "Eight seconds feel like nothing, but for these guys it's the longest eight seconds of their lives."

Although he appears in every episode, Silva insists he's not the star. "Ultimately the star of this show is the brain of the person at home. Because the show only works if you play along. So we like to say that this is 'lean in' programming, you've really got to lean in towards the screen, you've got to pay attention, you've got to play the games."

"And I think people really like playing the games because they're not used to being tricked so effortlessly. All you've really got to do is follow the on-screen instructions and before you know it, you're falling down the rabbit hole and you're having this experience that is akin to The Twilight Zone. Everybody's like, 'Oh man, how did that happen?' "

Viewers seem to agree, making Brain Games the highest rated series premiere in the history of the Nat Geo. How did it wind up on FOX? Both networks are part of the News Corp family.

"FOX is thrilled to see the success of Nat Geo," Silva told us, "and I heard that some of the big people at FOX are big fans of the show because it promotes education, it promotes science literacy, it's fun for families. Because the networks have an association it was a natural thing to air a two-part special on FOX and tell a whole new audience to check out the show on Nat Geo." 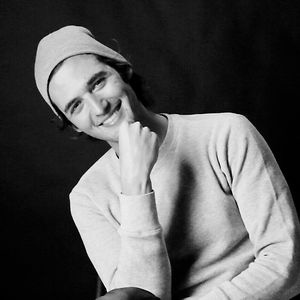 Once you've seen the show, check out Silva's other projects. A philosopher/filmmaker, Silva described himself as "a curator of ideas, inspiration and awe." He has produced a series of short videos that explore the co-evolution of humans and technology. A particular interest is the ability of technology to transcend the boundaries of the human brain, using tools such as smart phones.

Silva's work can't be described in a few short sentences, so spend some time browsing his website and check out his Vimeo page. He also tweets many of his short videos, articles and blog posts, so be sure to follow @jasonsilva.