Exclusive: Nico Tortorella - Playing a Killer on "The Following"

The Fox drama The Following revolves around Joe Carroll (James Purefoy) and his devoted cult followers, as well as Ryan Hardy (Kevin Bacon), who works with the FBI to try to catch Carroll, who has escaped from prison for the second time, and is now living in a house with his kidnapped ex-wife, Claire (Natalie Zea), and son (Kyle Catlett), as well as his followers, who are generally sociopaths and killers.

One of these followers is Jacob Wells, who up until recently had never killed anyone. Jacob was recently betrayed by Emma (Valorie Curry), who left him with a dying Paul (Adan Canto; the three were lovers). After Paul begged him, Jacob suffocated him. That action, as well as Emma's betrayal, has changed him.

The actor, who plays Jacob, Nico Tortorella, recently sat down in an exclusive interview with Jamie Ruby of SciFi Vision. 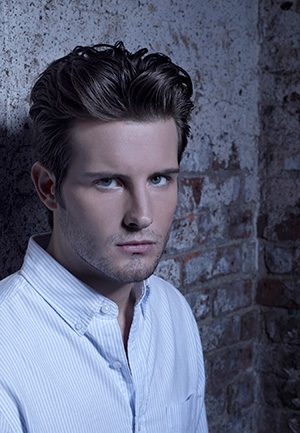 Tortorella did some research into serial killers to prepare for the role of Jacob. "Knowing that I was going to play a serial killer, that was pretty much it, but in the beginning I did my psychology research - Jeffrey Dahmer, also cults, things like Manson and Jonestown, but when I was completely enveloped in all of that, I found myself just realizing that, as much as he is a serial killer, he's also just a human being. You kind of get stuck playing creepy serial killer, and it just winds up looking cliché and phony, so I just tried to bring as much of myself to the character as possible at the end of it."

He talked a bit about the parts of him that are similar to Jacob. "He's just a true lover in every sense of the word, and I think Jacob lives in the moment, more than any other character does. He doesn't really plan too far ahead or look too far in the past besides family stuff, but it's right in front of his face. I try to live life as much as I can, in the moment."

[quote]When the time comes you know he's going to have to step up, and I think he is prepared.[/quote]
The actor loves working with his costars. "Adan and Valorie, they're fantastic. Both of them are incredible actors, and that's the biggest gift that you can be given when cast in any project, is just somebody you can work off of, and we had such a special relationship, you know, kind of this polyamorous, [screwed] up relationship, but it worked. And you know, it's a shame I don't get to work with Adan anymore, and honestly, it's been amazing; the best two actors I could have asked for."

He talked about doing such "polyamorous" scenes, and that it wasn't that uncomfortable. "Probably the first time that we had a scene like that it was uncomfortable, well really not uncomfortable, but just more of like a surprise, it's the first time we're going to do that, but after that happened, and we also spent a lot of time outside of work together, it was all love really, and all free game pretty much. You're an actor, you know, you kind of have to realize that that's part of your job." 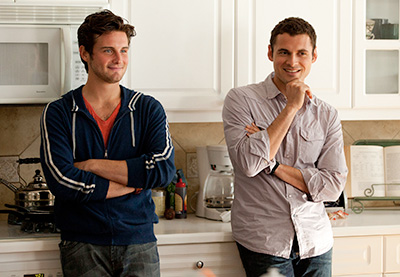 The actor also enjoyed getting to work with Kevin Bacon and James Purefoy, and he learned a lot from them. "They're both extreme professionals that have been in this industry forever, and it's like playing basketball with an amazing basketball player; you're just bound to learn so much more than you'd originally thought about what the sport or what the job was."

He expanded on how helpful Bacon was to the other actors. "When Kevin has his coverage, he does each take with perfection, totally on book, exactly like Ryan Hardy would, but then when it's someone else's coverage, like when it's my coverage, or when it's the three of us, he kind of [works] with us a little bit more and gives us more than what's on the page to evoke more from us, which I think is probably the biggest thing that I've taken away from him. You know, when it's your coverage versus somebody else's ability to play with."

Purefoy also taught him a lot; he is one of his best friends and nothing like the creepy man viewers see on screen. "Just like the smallest nuances of James as an actor, he's just the most brilliant actor I've ever worked with...He's one of my best friends in the cast, so I don't look at him as creepy at all, but the second the cameras are rolling and he goes into it, he just is this whole other person; it's just beautiful really." 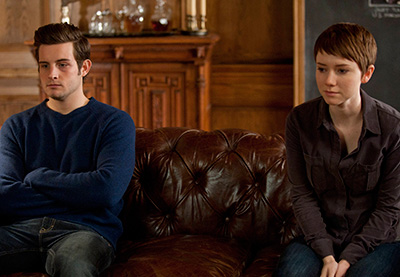 Tortorella talked about the changes his character has started to go through after Emma's betrayal. "I think he's just kind of growing up in this world. I mean, everything that went down with Paul, and with Emma's betrayal. It's time for him to step up, and man up, and you know, attain the position that he deserves in this cult, and he's ready to just serve Joe, in any shape that that is. When he tells Jacob that he needs to watch after Claire, that's like the number one job in the house, and he's honored."

The actor thinks that Jacob's turning point was Emma's betrayal and Paul's death. "I think it's really all of it, I mean Paul was definitely a big reveal for him, but honestly, I think it comes from her just leaving us in the first place, and everything after that just continues to grow on the fact that he's been betrayed."

Tortorella believes that after everything that has happened, Jacob would be ready to kill for Carroll if needed. "When the time comes you know he's going to have to step up, and I think he is prepared."

Jacob will follow Carroll's wishes. "I mean he's almost serving as the baby sitter for Claire for the time being, and then when further missions unfold, he's going to be involved."

Tortorella, of course, has a favorite scene, and it's an emotional one. "It was definitely the Paul death scene. Workwise, it was the most gratifying day as an actor I've ever had, it was just, I mean between both of us, completely emoting every single inch of ourselves and the crew being vulnerable, and accepting of what was going on, and everybody there, it was just unbelievable."

Besides The Following, Tortorella has another project on the horizon, the film Odd Thomas, which opens nationwide April 5. "It's based on a Dean Koontz novel, Stephen Sommers directed it, with Anton Yelchin and Willem Defoe. It is a sci-fi movie, but at the end of it, it's kind of a love story between this kid that can see the dead, can see death in different forms, and I play a cop in the town."

Even being busy with work, Tortorella still looks to the future and knows what his dream job would be. "I haven't seen a script for it, but I would love to play River Phoenix."

He also would love to get to work with Woody Allen in the future.

Until then, you can watch Tortorella Monday nights on The Following as Jacob, which the actor describes in three words as emotional, charismatic, and homey.
Twitter
BotonSocial por: SocialEmpresa
Category: Interviews