From director Antoine Fuqua (Training Day), comes the new action thriller, Olympus Has Fallen, which stars Gerard Butler, Aaron Eckhart, and Morgan Freeman, which opens nationwide tomorrow. In preparation, Malana Lea, who plays the villain in the film, talked to Jamie Ruby of SciFi Vision in an exclusive interview.

Lea talked about the film and her role. "Olympus Has Fallen is an action movie about a disgraced secret service agent (Gerard Butler) who tries to save the president (Aaron Eckhart) in the midst of a terrorist attack on the White House. I play "Lim" - she's a commando/computer hacker terrorist."

The actress did not have a hard time getting the part. "I worked for the production company in the past; they called me in to read for this part, and the rest is history." 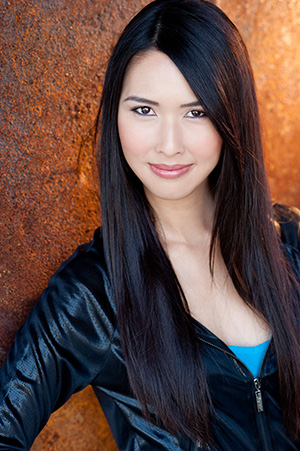 She had no problem deciding to take the part. "I love action films [only] second to sci-fi and fantasy. I was excited at the prospect of playing a villain, and with a cast this talented, ie. Morgan Freeman, Gerard Butler, Aaron Eckart, Melissa Leo, Dylan McDermott to name a few...the decision was simple."

The actress enjoyed getting to work with such a great cast. "Most of my scenes are with Rick Yune, the terrorist "mastermind." It was very fun working with him. It was also amazing to watch Aaron Eckhart and Melissa Leo breathe life into their characters with such truth and intensity. And Gerard Butler? He makes an awesome action hero - his presence always energized everyone on set!"

There were preparations Lea had to undertake before filming. "In my own preparation for the film, I did a lot of firearms training revolving around urban warfare, tactical handgun, tactical assault rifles and vehicle operations, not knowing exactly what would actually be called for when it came time to film.

"Before filming, we worked with a stunt team on martial arts sequences that they were going to use for the primary take down scene in the White House. But as with any production, things are known to change on the spot, and what made it into the final cut, is a condensed version of all that we had worked... but it was definitely a blast training for it all!""

She also had to learn Korean, which she found to be the most difficult thing to do for the movie. It made improvising lines almost impossible. "I would not say they were strict with the script. There was definitely improvising going on during shooting, but for my character...it's tricky to improvise in a language you don't speak." 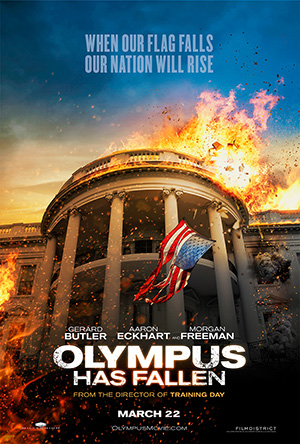 The actress also got to work on some great sets. "The sets were amazing! They built the White House in two separate locations. It looked so real! And then we blew it up!"

As she is playing the villain, Lea is much different from her character. "In real life, people tell me I'm a nice, almost zen kind of person - Lim, is not. She is cool and calm, but definitely not 'nice.'  It was a lot of fun playing the villain, and I wouldn't say it was hard to get into the mindset, but it did take some work. Villains don't believe they're bad, they think that their cause is right, so I had to create a character that was justified in causing so much death and destruction."

The actress, however, enjoyed that part. "My favorite part was doing my own action scenes - getting to "kill" people and blow things up!"

She of course learned from the experience. "I definitely learned how to play a villain and learned how fun it is to kick butt on screen!"

Lea talked more about some of the fun moments on set. "We shot in Louisiana, where it was a million degrees and humid. I thought it was funny, when in between takes, blow driers would come out to dry the sweat off cast member's clothes so that we could maintain continuity."

The actress enjoyed the role immensely. "I've had a lot of great roles, but this one, Lim, has been my favorite." 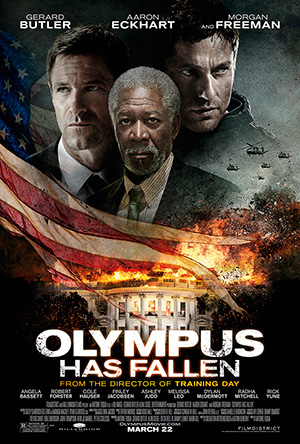 Even so, Lea does have a dream role in mind. "My dream role, I have two: first, a starship commander or other adventure seeking lead in a sci-fi and fantasy - my absolute favorite genre - and second, any lead in a Bond movie!"

Lea talked about some of her favorites in science fiction and fantasy. "The list goes on...but a few favorites: Lord of the Rings, Starship Troopers, Jurassic Park, Inception, The Matrix, X-Men, ET, Journey to the Center of the Earth, The Mummy, Avatar, All the Stargates, The X-Files, books like Dune and Ender's Game, and so many more..."

She also knows who she would love to get to work with: Meryl Streep and Sylvester Stallone.

The actress chooses roles that she enjoys. "I choose roles that excite me and challenge me. I'm always looking to learn and grow as an artist, and every opportunity for that is a blessing."

Lea never expected to be an actress, but is glad that she is. "I started acting in school, never thinking I was going to pursue it full time. I was a total science geek, and in my own little world, I didn't even realize that acting could be a real professional possibility. But after finding my passion in the arts, I gave up my potential doctorate degree, and plunged into acting professionally full time. Best decision ever!"

If she, however, was not acting, she would be working in the sciences. "I suppose if acting didn't exist, I would use my degree in Microbiology and Molecular Genetics to study nasty bugs that invade the human body."

In edition to Olympus Has Fallen, you can also catch Lea in an upcoming episode of Don't Trust the B---- in Apt 23 on ABC.