Leverage, which is currently in its fifth season on TNT, follows a group of reformed criminals who now use their skills to help those who need it. The team is comprised of the mastermind, Nate Ford (Timothy Hutton); the grifter, Sophie Devereaux (Gina Bellman); the hitter, Eliot Spencer (Christian Kane); the thief, Parker (Beth Riesgraf), and the hacker, Alec Hardison, played by Aldis Hodge.

Hodge recently took the time to talk to Jamie Ruby of SciFi Vision in an exclusive interview about his role. 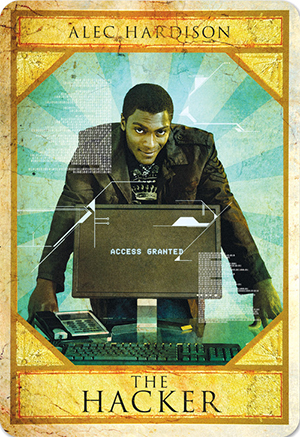 Hodge got the role of Hardison because of an audition. "My first audition I remember was with John Rogers. We were able to talk for a minute because he has a background in standup comedy, as do I, and I remember when it came down to audition time, for the final audition, John convinced Dean Devlin to take a look at me. He was like, "I think I got a kid that you should see; check him out." And then Dean took that chance on me, so it was like, "All right, we're sold; we're done." So John pushed me through the door and I'm eternally grateful to him for that. The boys took a chance on me and I booked it the day of my 21st birthday."

The actor didn't do much research beforehand. "I just auditioned and I took it for what it was. The best thing about it was, I said, "I get to create this character from the beginning," and that is just what I did. I didn't put any more pressure on myself than that. I said I was going to take my shots, see what works and what doesn't, and that's going to be it.

"It was a fresh start for us all. As an actor, you wait for that role you get to eat up. Thank God we're the show that we are, because we have the freedom to create our characters as much as possible and take the chance to eat up the opportunity to create this role from scratch.

The crew also makes all of Hardison's technobabble easier to understand. "If ever I had an issue trying to deliver a line, I would just go ask John or one of the writers, "What does this mean; what exactly is he talking about here?" and when they put it in layman's terms, then I understood how to deliver the line. And I realized a lot of these terms are just big, big words for very simple things. So I got really accustomed and used to the rhythm of the language, and after that everything was great." 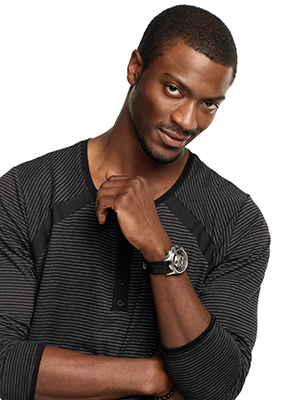 As Hardison, Hodge gets to play quite a lot of different identities. There was one that stood out to him as difficult. "The most challenging if anything at all would have to have been "The Van Gogh Job," when I was playing a younger version of Danny Glover, because I wasn't playing a character. It was actually a reinterpretation of another character, so I wanted to make sure I got Danny Glover's notes down right, try my best to emulate him, get his mannerisms and what I saw of him. You know he's got that real 70s swag, real old school with it. He's smooth. So I wanted to make sure that I got Danny right. If I nailed him, or at least something close to him, I was happy."

That was one of Hodge's favorite characters to play, and he also mentioned a few others. "...The Scheherazade [Job]," that was a fun character to play, when I played the young cat who was playing the violin. And also "The Ice Man Job," that was pretty fun, because Hardison was trying so hard to be something he's not and in some weird way kind of was. That was a lot of fun."

The actor has jokingly thought of what he would do as Hardison, however. "I would procure an island for myself," and a little more serious, "If I had the opportunity to – if I could steal some money, not money from good people but say some criminals were holding up a little stash and I could steal that from them, and throw it to a charity, start helping some people, kill some hunger, put a couple homeless people in houses, that would be cool too. Put them in a house on my island."

Leverage is made up of both drama and comedy. Hodge likes both. "With this show I really enjoy the comedy outlet because usually in my roles before Leverage I was always very dramatic. Leverage is great for exhibiting a different side of me.

"Comedy is a lot harder, actually. A lot of people don't realize it, but comedy is much, much harder. I do love good drama, though. I do love really good drama when you can slide it in there. So I'm on the fence; I like them both equally."

Speaking of comedy, the cast is often laughing during outtakes as well. Hodge thought of a funny outtake from this season. "I was doing a scene with Christian and I'm sitting there shooting with this really weird baby doll. And I was shaking the doll in the scene. 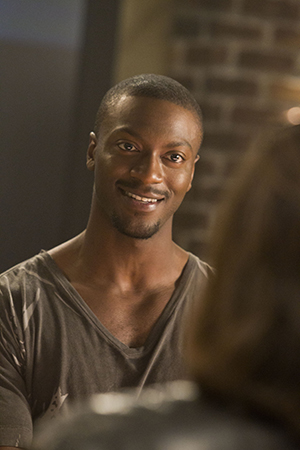 "So a couple takes, I'm shaking the doll, whatever.  One time the doll's head pops off; I broke the doll. And the doll's head started rolling in the middle of the scene. We sat there laughing like ten minutes because I'm like, "This looks really weird; I just killed a baby, a baby doll."

"...Sometimes we have to cut out a lot of things for timing matters...There's plenty of stuff that gets cut here and there, but a lot of the best stuff makes it."

Hodge is both similar and dissimilar to Hardison. "I'm most different from him in the sense of understanding the electronic world. I'm most like him in the sense of attitudes and sarcasm, because that's what I'm allowed to contribute to him, the attitudes, and the fun and the jokes and his wit."

With contributing comes a lot of improvising "I improvise all the time. My producers give me the creative freedom to build the character, because as an actor what people seldom remember is that your job is to build your character. You're supposed to take those chances and add those subtle nuances. And with our show, it's amazing that they allow us to add those subtle nuances to the lines."

An example of that is with the scene from "The Homecoming Job." On the DVD set for season one there are a bunch of different versions of Hardison stalling and talking about equal opportunity and why he was pulled over. "What happened with that scene– Dean [Devlin] was directing that episode and he'd seen me improv before with some other scenes and he had faith in me.  So he said, "Look, with this scene, just give me a few takes...just do your thing; just go."

"So I threw the lines to the side and did my thing for a few takes until he got enough to figure out the one he liked best. I improvise all the time and sometimes I think. "Oh, the writers are going to hate me for this one." But I've got do what I've got to do."

Hodge has added more than a few lines in Leverage. "I've actually already written an episode. I wrote a spec script one time and I put Hardison in jail. I was like, "I'll just put him here and see if he can get out." And of course he did. 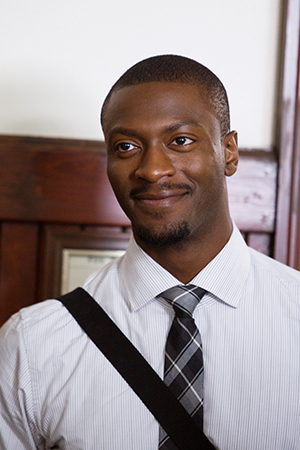 A big part of Hardison this season is his relationship with Parker. I talked to Beth Riesgraf about the changes in a previous interview, and she told me it doesn't affect the team dynamic; Hodge had a bit more to add. "They get a little more comfortable with understanding what their relationship is. Like Beth said, it doesn't really change the team dynamic at all, it just enhances their comfort. Now they can answer questions that have been floating around for a while, they don't have to hide feelings, they don't have to beat around the bush anymore. Now they're together and that's it. It's easy."

Hodge also talked about one of the recent episodes this season, "The First Contact Job." "We take this guy down, this guy who has a habit of stealing other people's inventions. He built his company and his prestige by stealing other people's inventions. He wants to be [seen] as an innovator, a discoverer, a trailblazer, but we take him down by convincing him he is the one to make first contact with aliens. Of course he hasn't. But it's pretty fun; we get to play with a lot of effects in this episode. And Hardison has a ball because this is kind of his world and he gets to go to town. He plays the alien a little bit too. It's a really good episode.

"It was a nice fresh start, fresh opening to the year, because we shot it earlier in the year even though we were standing outside in the rain, yay Portland.

"Hardison and Parker get to explore a really, really sweet moment which the audience will get to see towards the end. It's really nice.

"It was directed by Jonathan Frakes, the good old Frakes man. He is one of our resident directors and we always have so much fun with him because he brings so much energy to the set. So we had a good time."