EXPERIENCE THE MOST HEROIC ADVENTURE!

The magical, mythical adventures of teenager Percy Jackson — son of the Greek god Poseidon — continue in this heroic, action-packed thrill ride! Out to prove he's not just a "one-quest wonder," Percy and his demigod friends embark on an epic, cross-country journey into the treacherous Sea of Monsters, where they battle terrifying creatures, an army of zombies, and the ultimate evil. With time running out, Percy must find and bring home the fabled Golden Fleece, which has the power to save his world...and save us all! Read the full press release.

In preparation for the the release of the DVDs, SciFi Vision is giving away 1 copy of Percy Jackson: Sea of Monsters on Blu-ray! 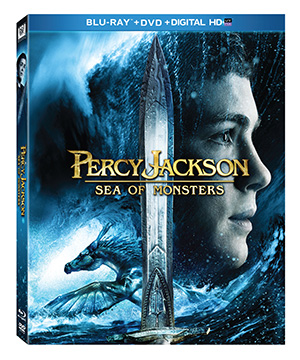 To enter, simply follow the instructions below! Note that you MUST follow @scifivision on Twitter and tweet the entry to win, other entries methods will give you more chances of winning (More options will show once you have completed the mandatory ones). Prize courtesy Twentieth Century Fox Home Entertainment, but they are not a sponsor, administrator, or involved in any other way with this giveaway. Contest open to US residents only.

a Rafflecopter giveaway
Also, here are some activity sheets to check out: 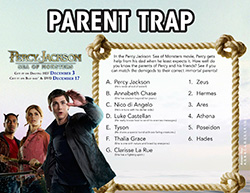 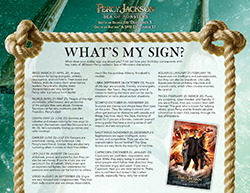