“Touch” debuted with fairly strong numbers, but with such a long gap between the “sneak preview” and the actual beginning of the series, I was curious to see how the show would fare in the ratings. This episode actually did very well, which suggests that a lot of people liked what they saw in the pilot enough to give the series another chance.
I’m still on the fence. Perhaps it’s just the fact that Tim Kring still ranks among the more disappointing showrunners in recent memory, thanks to how poorly he handled “Heroes”. The ideas in “Heroes” were never as groundbreaking as Kring seemed to think they were, and his inability to stick to his creative guns against studio, network, and fan pressure will always stick in my craw. This is a very different kind of show, but there are enough similarities to give me pause.

The biggest similarity is the “high concept” nature of the series. As I mentioned in my review for the pilot, the idea of numbers representing a hidden order of connection between seemingly unrelated events is a clear riff on the same concept in “Lost”. Only this time, it also taps into the popular notion that autistic children operate in some magical implicate order that transcends our understanding. While there are remarkably gifted children along the autism spectrum, it’s not wrong to say that this notion is partially societal sugar-coating of an often-devastating condition. 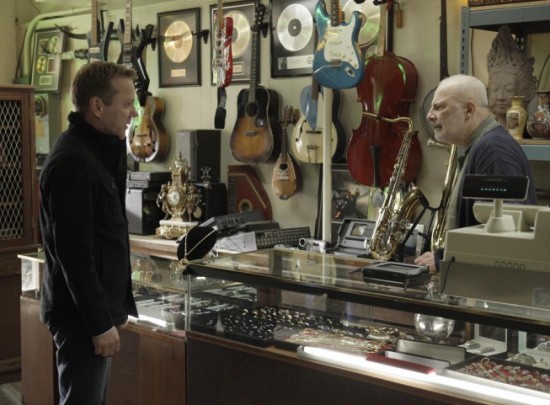 This comes to mind because the writers hit the audience in the face with the idea right from the start. Jake can’t communicate with the outside world, at least not in the typically expected ways, and that is depicted very well. Meanwhile, Jake (who doesn’t speak in the real world) is able to communicate perfectly fine to the audience in voiceover. The implication is, of course, that Jake is just as smart, if not much smarter, but the other characters can’t see it because of the condition that gets in the way. So the writers render Jake a magical being of sorts, and then has built-in expository characters to reinforce it.

It comes across as a massive plot convenience, especially when the interaction between Martin and Jake is such a powerful depiction of a parent trying to reach his autistic son. As I also mentioned in the review for the pilot, that could be a solid show in its own right. The “secret order of things” concept feels needlessly tacked on, to the point where two perfectly interesting ideas on their own were mashed together.

The idea, of course, is that magical children like Jake can open up perception of the interconnectedness of all things, an awareness that modern society does much to suppress. The results do come across as very uplifting, because it shows people with everyday problems finding hope through apparent circumstantial meetings. So many years into a difficult economic slump and ridiculous political divisiveness, people are looking for a sense that there’s a point to it all, a higher meaning.

It all comes down to execution, and what came to mind while watching this episode is that the central conceit is actually a built-in excuse for the writers to be sloppy. It might seem difficult to make all these various plot threads come together in clever ways, until you realize that the very point of the story is that the threads aren’t supposed to intertwine in recognizably logical ways. It’s supposed to be out of left field. So the writers are actually able to do whatever the hell they want, because in the end, it’s just a matter of suggesting, in however flimsy a manner, that there was a hidden order to it all. Both the pilot and this episode came very close to feeling that way.

The challenge for the writers, then, will be resisting that urge. It won’t take long to figure out if the writers are making an effort to forge some sense of internal consistency, or if they’re just faking it and hiding it behind gobs of sugary sentiment. It’s just another reason why it still feels like this could and perhaps should have been a standalone independent film, where they could have come up with one solid set of interconnections, rather than an apparently endless stream of contrived ones.

John Keegan is Editor-in-Chief for Critical Myth, a partner site of SciFi Vision.