If not for the emotional components that hooked viewers, this latest episode of "Awake" would be a little ordinary. I mean, I understand giving a backstory for Michael to connect to Rex's abduction, but the resolution is too obvious. If you didn't see that it was his former partner who was behind everything, then you haven't been watching many police procedurals over the years.
The plot moves from point to point efficiently, though without much depth. It's never said why Cooper abducts Rex and yet stays away from anyone close to Michael's old partner, especially if that Cooper probably knew who actually framed him for murder. It's a somewhat flimsy excuse to have Michael involved with events. Rex's abduction also plays into the fear that Michael showed in the pilot episode where the loss of Hannah or Rex becomes reality and he doesn't have anyone left in his life.

This could be an ongoing thematic event as the series progresses. The fear drives Michael to get any information he needs from the jailed Cooper in the other reality. It was just too easy for that Cooper to simply give up the very information that Michael needed (What if he had sent Michael to the wrong desert area or another shack?) The end result does go a little way towards healing the rift that has been growing between Michael and his son. The naturalistic way by which the show deals with grief and loss is done well here, as Rex tells his father that Hannah was the glue that held the family together. The loss of his mother means he will reject his father's overcompensation. His brief kidnapping should change that perspective and make him appreciate that he still has one of his parents. 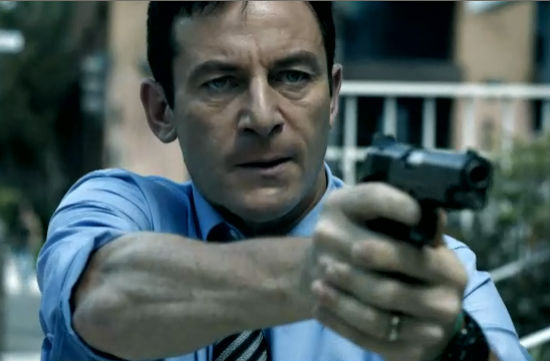 Rex's kidnapping is the center piece of the episode so there isn't much story in the Hannah reality. A teen center that Rex frequented is dedicated in Rex's name so Hannah has to make a speech at the ceremony. She pleads for Michael to attend the event with her, but work keeps him away. Plus, it has to feel somewhat strange to Michael to hear what amounts to a eulogy about Rex when he can see their boy every time he switches realities. It's another way for the show's main character to effectively cheat the system by which he has been given. But Michael never interacts with the storyline. When we hear the speech Hannah gives, the show interestingly chooses to cut to Rex, sitting alone and chained in the desert shack.

This edit could imply that both worlds do exist somehow (perhaps only in Michael's mind?) and if that's the case, both Hannah and Rex can never know what impact their absence has in each. I think the show would rather not cause a lot of headaches by being too metaphysical with its concept. Sometimes, having no explanation is the best way to go. If not for the distressing events in the Rex timeline, I think the show could have fleshed out Hannah's character a little more. We know very little about her beyond being a woman who is trying a multitude of ways to cope with the loss of her son. Hopefully, there are more episodes focused on Hannah coming in the future. I think maintaining a balance between storylines is key, though this episode shows that it's not always that easy to do.

It's early in the show's run so there isn't a good sense of what it can and cannot do well. It was expected that the police procedural elements would be the weak link, and that continues to be the case here. That is offset by the more subtle presentations of a family going through a tough time and dealing with loss. Thankfully, there was no development here of the hidden conspiracy plot that marred the previous episode. I'm not sure how long this can last without feeling like it's hitting the same beats, but it remains a show with plenty of ambition. That's something I place a premium on, and if everyone involved with the show can fulfill that potential, all the better. So far, it's off to a really good start.